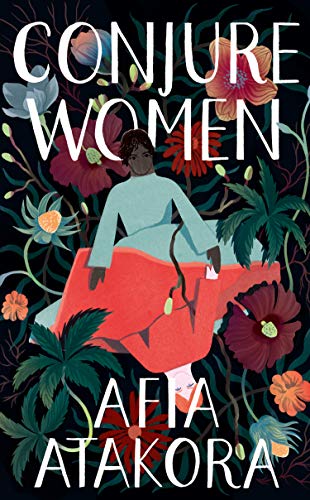 1850s onwards: The human side of slavery during the American Civil War

The pale-skinned, black-eyed baby is a bad omen. That’s one thing the people on the old plantation are sure of. The other is that Miss Rue – midwife, healer, crafter of curses – will know what to do.

But for once Rue doesn’t know. Times have changed since her mother Miss May Belle held the power to influence the life and death of her fellow slaves. Freedom has come. The master’s Big House lies in ruins. But this new world brings new dangers, and Rue’s old magic may be no match for them.

When sickness sweeps across her tight-knit community, Rue finds herself the focus of suspicion. What secrets does she keep amidst the charred remains of the Big House? Which spells has she conjured to threaten their children? And why is she so wary of the charismatic preacher man who promises to save them all?

Rue understands fear. It has shaped her life and her mother’s before her. And now she knows she must face her fears – and her ghosts – to find a new way forward for herself and her people.

The novel is set on a fictional/anonymous slave holding plantation in the South and is set just before the Civil War and afterwards. After the Civil War, the slaves in the novel stay on at the house and plantation but life will never be the same again.

Slavery in America started in 1619, when 20 African slaves were taken ashore to the British colony Jamestown. Throughout the 17th century, European settlers in North America turned to African slaves as a cheaper source of labour than, mainly European, servants, who were mostly poor Europeans.

In the 17th and 18th centuries, enslaved Africans worked mainly on the tobacco, rice and indigo plantations of the southern coast, from the Chesapeake Bay colonies of Maryland and Virginia south to Georgia.