The Case That Never Dies: The Lindbergh Kidnapping 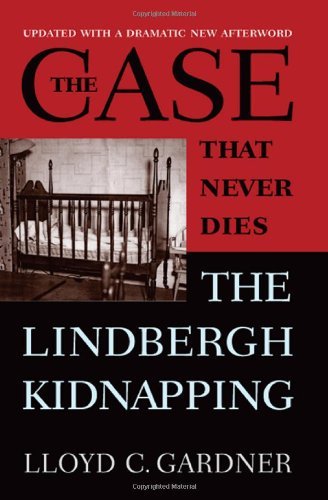 1932: The story behind the Lindberg kidnapping

The Case That Never Dies places the Lindbergh kidnapping, investigation, and trial in the context of the Depression, when many feared the country was on the edge of anarchy.

The initial investigation was hampered by Colonel Lindbergh, who insisted that the police not attempt to find the perpetrator because he feared the investigation would endanger his son’s life. He relented only when the child was found dead

His body was found not far from the address on May 12 .

Due to the high profile nature of his parents, and the horrific nature of the murder, the press jumped on to it and wrote umpteen stories and articles about the kidnap, payment of a ransom and then the murder of the young boy.

In September 1934, Bruno Richard Hauptmann was arrested and, after a trial lasting more than a month, he was found guilty of first-degree murder and sentenced to death. He always claimed to be innocent of the crime.

The trial of the century led to Congress passing the Federal Kidnapping Act, commonly called the “Lindbergh Law”, which made transporting a kidnapping victim across state lines a federal crime

The Lindbergh house is now a  rehabilitation center. The home was added to the National Register of Historic Places in 1994.