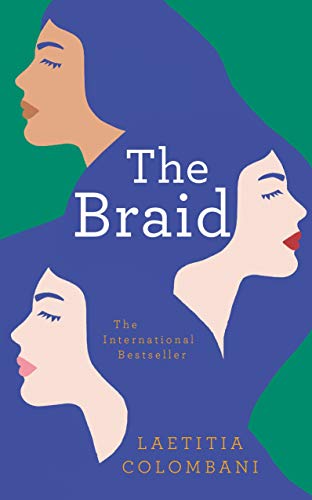 2000s: Smita, Giulia, Sarah: three lives, three continents, three women with nothing in common, but nevertheless bound by a rare expression of courage – like three strands in a braid.

India. Smita is an untouchable, married to a ‘rat-hunter’, her job to clean with her bare hands the village latrines, just like her mother before her. Her dream is to see her daughter escape this same fate, and learn to read. When this hope is shattered, she takes matters into her own hands, despite her husband’s warnings, despite the odds stacked against her . . .

Sicily. Giulia is a worker in her father’s wig workshop, the last of its kind in Palermo. She classifies, washes, bleaches, and dyes the hair provided by the city’s hairdressers. When her father is the victim of a serious accident, she quickly discovers her family have been living a lie . . .

Canada. Sarah is a reputed lawyer. As a twice-divorced mother of three children, she ploughs through cases at breakneck speed. Just as she is about to be promoted, she learns she has breast cancer. Her seemingly perfect existence begins to show its cracks . . .

Three places, three women, but the braid is made up of stories which thread together in unexpected ways.

Badlapur. – Smita es like her ancestors before her, a scavenger: every day she has to go out and shovel away, the excrement and waste of those from the uperior caste . Her daughter is 6 and should go to school, but Smita decides there is more her daughter should do in life.

Palermo. Guilia’s father has an accident and she has to take on the family business and the responsibility that comes with it.

Montreal. Sarah is a lawyer with three children and is twice divorced. She is busy and puts work before anything else. Life is busy and manic.