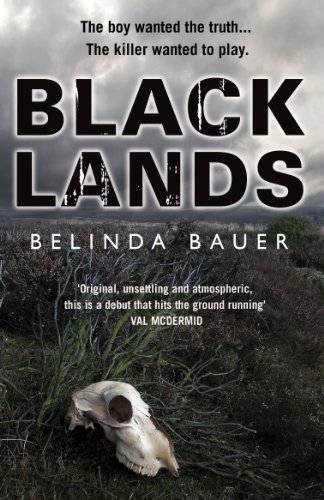 2000s: Why is a twelve year old on Exmoor hoping that he’ll find a body?

Steven Lamb is not your usual twelve year old. His school friends swap football stickers at school but he goes digging on Exmoor hoping to find his uncle he never got the chance to know – he went missing when he was 1. Many believe he was the victim of a serial killer by the name of Arnold Avery.

Steven’s grandmother doesn’t believe he’s dead however and while her world falls apart around her, Steven hopes to find some answers before it’s too late so as well as digging, he also writes a letter to the man himself.

Shipcott is  fictional setting for various reasons and the author states that it’s an amalgamation of a couple of village she knows around Exmoor. For legal reasons, which when you read the book become obvious, Shipcott is entirely fictional. The name apparently means ‘ the place of Sheep’ so it does have an Exmoor sounding name! Longmoor prison is also fictional although the Dartmoor prison could have been an inspiration.

Steven is a boy living under a black cloud who goes to the dark and desolate Exmoor moors to search for a man he’s never known. Childlike simplicity that if he finds the body, everything will get better. Digging alone in rural isolation, the pathetic and fruitless  searching, turns into a dangerous game. The setting even before he meets Avery is bleak:

“Exmoor dripped with dirty bracken, rough, coulourless grass, prickly gorse, and last year’s heather, so black it looked as if wet fire had swept across the landscape , taking the trees with it and leaving the moor col and expose to face the winter unprotected.