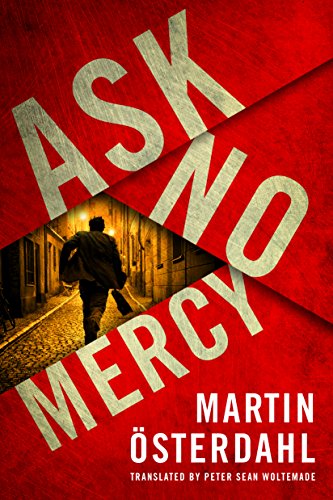 Max Anger is a man on the edge. The former fighter in an elite band of special-ops soldiers in Sweden, Anger is haunted by battle scars, a childhood spent in the Stockholm archipelago, and his own mysterious family past. Now behind a desk at Vektor, a think tank conducting research on Russia, he’s met his match—and fallen in love—with fierce fellow operative Pashie Kovalenko. Like all of Vektor, she’s set her sights on the tenuous future of her country.

When Pashie goes missing in Saint Petersburg, Anger rushes headlong into a volatile Russia, where a new president is about to be elected in the midst of a technological revolution. At the movement’s heart is a start-up Pashie had been investigating, one surrounded by rumors of organized crime and corruption. But the truth is more shocking than Anger could have ever expected.

Now time is running out for Pashie. Racing through a storm of violence and deception, Anger gets ever closer to a sensational secret—and to the Russian madman with dreams of restoring one of the cruelest regimes in the history of the world.

The main setting for the history and background of Max Anger. . Max Anger is a formal military operative who is now working with a Swedish NGO with close ties to Russia. Th city of Stockholm is nicely evoked with mention of the Stockholm archipelago and the island of Arholma where Max grew up. It helps to build a picture of who and what Max is.

In the novel, there’s a lot going on in Russia

Elections are looming in and Pashie who is working there, is kidnapped.

Russia with its large degree of political intrigue and danger is the city to which Max comes in order to find out more. But the more you dig ina city like this, the deeper you go and the harder it is to climb back out….alive.

The background is not only Russia and St Petersburg but also Stalinist history and the fall of Communism.

IF you love spy thrillers and gripping action novels, then this is the one for you!

Read more of The BookTrail bookreview on the blog