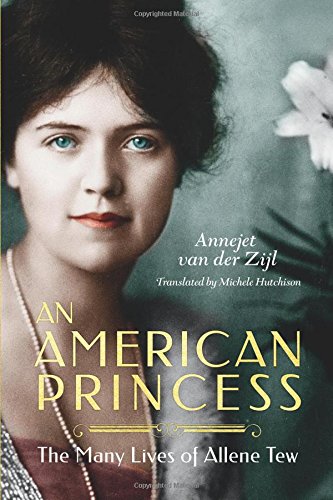 Born to a pioneering family in Upstate New York in the late 1800s, Allene Tew was beautiful, impetuous, and frustrated by the confines of her small hometown. At eighteen, she met Tod Hostetter at a local dance, having no idea that the mercurial charmer she would impulsively wed was heir to one of the wealthiest families in America. But when he died twelve years later, Allene packed her bags for New York City. Never once did she look back.

Travel BookTrail style back to the Gilded Age of America

Allene Tew (1872-1955) was an American socialite during the Gilded Age who became a European aristocrat by marriage.

She was born in Janesville, Wisconsin. Her father, Charles Henry Tew, was a banker in Jamestown, New York.

She was a member of the Daughters of the American Revolution, which meant she had to show documentation that she was a descendant of someone who fought in the American Revolutionary War. However she may  have doctored the evidence in order to encourage Mrs. Astor, the self-proclaimed queen of aristocratic American society at the turn of the century, to accept her as a member of the upper class She would not have been allowed into the upper class with it since she was middle class, had been pregnant before marriage and had had a shotgun wedding as a result.

Some of the traces of the family can still be found here, in the stables and blacksmiths shop for example. The Lake Chautauqua is still as idyllic as it was when Allene was a young girl.

Allene’s first address in the city was at 5 East 73rd Street where the family Rosenbaum mansion was located. The Allene Tew Nichols House at 57 East 64th Street which Allene had designed by Charles P H Gilbert during her second marriage, has withstood the test of time and recently belonged to a famous Italian fashion designer.

Beechwood the Astor Mansion has been used over the years as a wedding location and a kind of historical party centre. It has been sold to a art collector with plans of turning it into a museum.,

The Honey and the Sting