All The Wicked Girls 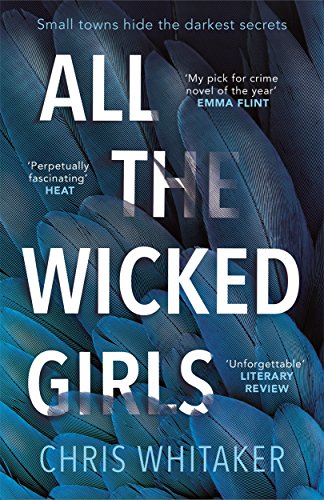 Everyone loves Summer Ryan. A model student and musical prodigy, she’s a ray of light in the struggling small town of Grace, Alabama – especially compared to her troubled sister, Raine.

Then Summer goes missing. Panic erupts – for this is a church loving, peaceful community with morals and religion.

But there is a dark side to Grace and the police have their hands full keeping the peace. Raine throws herself into the search, after all, she’s her sister..

But perhaps there was always more to Summer than met the eye . . . 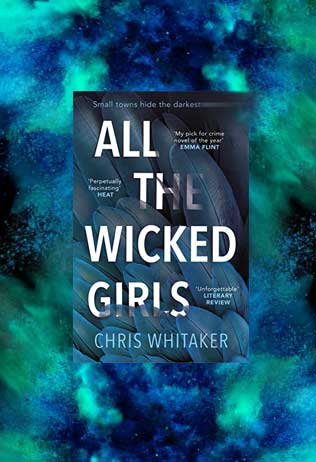 Fictional but a backwater town where the American dream han’s quite yet reached and probably never will. The bus of hope and prosperity has certainly not stopped here for a while, if ever.

This is the bible belt where life is supposedly good and calm. People here are expected to live well and behave even better. Theirs is a community which is built on faith after all.

The reaction to girls going missing is dark and mysterious – who is behind it and why? Is this a message from above? Will divine  intervention come into play?

The claustrophobia of this small town will choke you – the sweltering heat burn your thoughts and sear  into your consciousness, but there are shadows lingering above your head.

I first came up with a rough idea for the story when I was living in Marbella. I made a couple of notes then set it aside and began work on Tall Oaks.

I wrote most of the book while at home in Hertfordshire, over 4,000 miles from where the story is set. I used books, maps and audio transcripts to help.

All The Wicked Girls takes place in the fictional town of Grace, Alabama. The economy of the area has suffered greatly due to the consolidation of the mills, and the deeply religious locals have their faith tested when the town is plunged into darkness by the storm cloud above them.

The character, Joe Ryan, was sent to Holman Correctional Facility a month before his twin daughters were born. Summer has memories of going to visit him there, and seeing her sister, Raine, crying on the long drive back.

The characters Noah and Purv dream of running away to New Orleans (mainly to see the women during Mardi Gras!).

I shall never quite forget that opening chapter. I might even have snorted lemonade such was the effect it had on me. Bl**dy funny Mr Whit – taker. Apt name I see.

Chris Whittaker is a very talented author indeed. He has a very unique way of writing which creates characters as vivid as they come with speech patterns, body mannerisms that make them stand out even before they’ve walked onto the page. This is one screwed up place he’s put them in – Grace, Alabama, and the result is electrifying. There’s few words I can really use to give this book the justice it deserves but like a car now abandoned on one of Grace’s dust tracks, it skids and slams into your consciousness without an apology or a care,picks itself up and leaves you reeling not quite knowing what just hit you.

Satanic panic, religious fervor and a god fearing mystery that’s what. All wrapped up with a Whittaker bow. He’s like a magical word wizard so when you’re reading all kinds of craziness Raines from the sky (sorry) and then BAM the storm comes in for the kill..This is Summer but not as you know it 😉

Purv, Sheriff Black…..never  a better nor mismatched cast could you ever hope to see in a novel.

What a tangled web we weave..