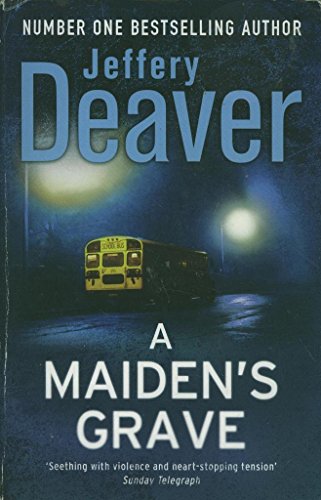 2000s: Kidnap, hostage taking…and a big ugly game of who will blink first

Eight vulnerable girls and their helpless teachers are forced off a school bus and held hostage.

It’s an unusual crime – the bus had stopped because of an accident and the passengers were going to help – but it was all staged – and now a madman has them at gunpoint. His plan is a simple one: one hostage an hour will die unless the demands are met.

Arthur Potter, the FBI’s best hostage negotiator is called to the scene with a plan of his own. But inside the danger zone, one of the hostages-a beautiful teacher who’s willing to do anything to save the lives of her students has a plan of her own…

The country of Dorothy and the Wizard of Oz – and there are a few people in this story who wish they could click their feet and be in another world entirely. Sadly there is no magic here for being ambushed on a quiet Kansas country road in the middle of nowhere does not lead to a yellow brick road or kingdom of any description. The destination is hell – being holed up in a remote an abandoned industrial estate – a cage underground with bars and no way out. Screaming, innocent children and teachers desperate to save them.

Potter comes from Chicago to see the place and notices the difference in landscape well before he sees the crime scene:

” Kansas was just as flat as he had expeted, though, the chopper’s route took them along a wide river surrounded by trees, and much of the ground here was hilly.

“To the West had been buffalo country. He pointed toward a dot that was Larned, where a hundred years ago a herd of fur million had been sighted.”

“Potter was struck by the relentless bleakness of the place”