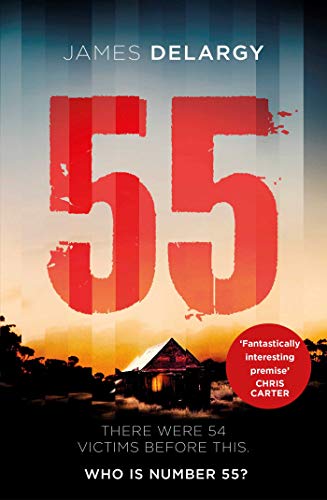 2000s: Two men claim that the other is a serial killer. And they were going to be the next victim. Who is telling the truth?

Wilbrook in Western Australia is a sleepy, remote town that sits on the edge of miles and miles of unexplored wilderness. It is home to Police Sergeant Chandler Jenkins, who is proud to run the town’s small police station, a place used to dealing with domestic disputes and noise complaints.

All that changes on a scorching day when an injured man stumbles into Chandler’s station. He’s covered in dried blood. His name is Gabriel. He tells Chandler what he remembers.He was drugged and driven to a cabin in the mountains and tied up in iron chains. The man who took him was called Heath. Heath told Gabriel he was going to be number 55. His 55th victim.

Heath is a serial killer.

As a manhunt is launched, a man who says he is Heath walks into the same station. He tells Chandler he was taken by a man named Gabriel. Gabriel told Heath he was going to be victim 55.

Gabriel is the serial killer.

There’s a man and he’s just stumbled into a small police station in the extremely small and remote settlement of Willbrook. Wilbrook is a quiet, remote little town in outback Western Australia. Nothing normally happens there. It’s a place far away from anywhere and anywhere. It’s a small place and right in the heart of the outback.

The man stumbles in from the dusty, dirty, dry landscape:

‘I aimed for the ridge. I glanced back and he was about ten metres behind me. I kept running and running until I stumbled on some loose soil and fell into a small clearing. The ground was all, dug up.’ Gabriel stared at him. ‘They were graves.’

Willbrook is surrounded by flat and dusty landscape as far as the eye can see. It’s always hot and humid and life is slow to match the temperature and mood of the day. The sun beats down on all who venture out of their homes or the local pub. The local police station barely has any work – the odd domestic or speeding fine. Chandler Jenkins is the police chief with memories of how this town was, and how it is now. Some memories he would like to forget. Life here is slow, the road into town is empty, there is no passing traffic, barely any signs of life….

Until the day two men, at different times on the same day, stumble in saying the other one has tried to kill him.