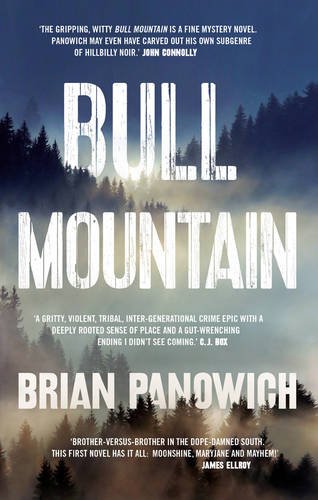 1940s onwards: Have you ever read Hillbilly Noir?

Clayton Burroughs is sheriff of Bull Mountain and black sheep of the brutal and blood-steeped Burroughs clan. In the forties and fifties, the family ran moonshine over six state lines. In the sixties and seventies, they farmed the largest marijuana crop on the East Coast, and now they are the dominant suppliers of methamphetamine in the South.

An uneasy pact exists between the law man and his folk, but when a federal agent shows up in Clayton’s office with a plan to shut down Bull Mountain, his agenda will pit brother against brother and set Clayton on the path to self-destruction. 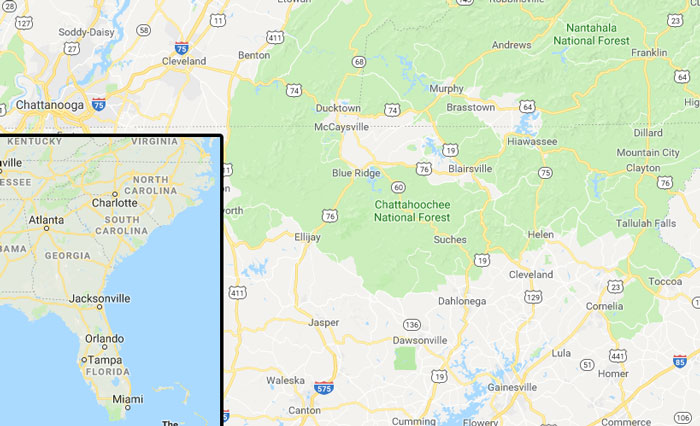 Not surprisingly fictional but somewhere in the North of Georgia state. The map shows the Chattahoochee National Forest where there are lots of mountains and valleys such as those in the book. Well not exactly like those in the book you understand – but the landscape is very similar…

Rye is sitting on Bull Mountain mountain at the start of the novel:

“Ever since he was a boy, he’d come out here to watch Johnston’s Gap come to life. This early, the sky was a purple bruise. The churning chorus of frogs and crickets was beginning to translation into the scurry of vermin and birdsong – a woodland changing of the guard. On frigid mornings like this one, the fog banked low over the veins of kudzu like a cotton blanket, so think you couldn’t see your feet to walk through it. It always made Rye smile to know that the clouds everyone else looked up to see, he looked down on from the other side. He reckoned that must be how God felt.”