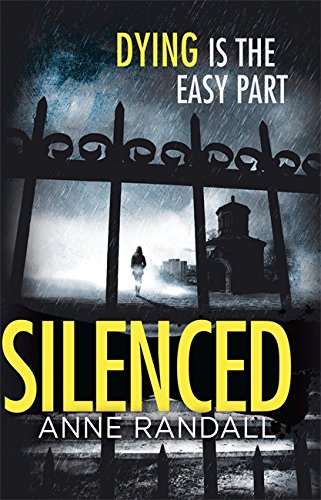 2000s: The grit of Glasgow  – a killer is determined to rid the streets of the vulnerable and dispossessed.

A  killer has buried their victims alive. Now he’s escaped from prison and has gone on the run in the city of Glasgow

Glasgow’s citizens have every reason to be afraid. The killer seems intent on getting revenge and riding the streets of the homeless and other dispossessed people. Fiona Henderson is the daughter of one of his victims and has lived in a world of silence since that day. But now she has gone missing..is she going to be one of the victims this time around?

As DIs Wheeler and Ross investigate, more suspicious deaths occur and a pattern emerges. One which will take them into the shadowy underbelly of a city they thought they knew well.

Glasgow is evoked like never before. Not only is this the city of an escaped killer, but one where the winter is grim and bleak and the food a mix of greasy scotch pies to the rest of the culinary delights. So, weather, food, landscape, people and language – be careful as your senses are torn, pulled and pushed in every direction

As for the people, the characters who inhabit the bleak underworld of Glasgow are as varied as they are dangerous. They speak as they find, the dialect adding to the Glasgow landscape.

Glasgow has quite an underworld it would seem – the cast of criminals, druggies, gang members and other dubious characters is great. Black humour is however a friend of these black shadows of society. Does anyone survive long in this city, life expectancy someone says is low. As if that is a relief for the murder!

Glasgow’s homeless community is a bleak and sad place to be. They are being targeted and those who are killed have been left with cards with details of communicating with the spirit world. A local charity has been working with the homeless and the spirit world so it becomes possible that even a charity group in this city is not what it seems.