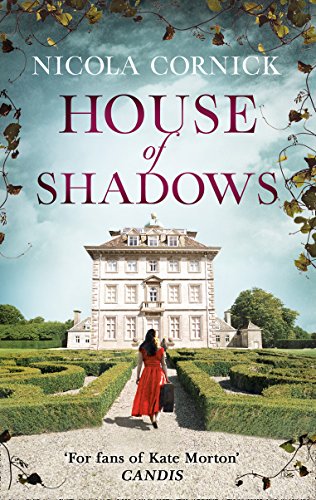 1600s, 1800s, 2000: Can an object from history spread disaster and superstition as it handed down from one generation to another.

A story of hope, love, destiny and fate set across three time periods with the mystery and folklore surrounding  a jewelled mirror and a pearl linking them all in the most unexpected ways.

In the 1600’s Elizabeth (the Winter Queen) and Lord Craven, a noble soldier stir the gossips with their close relationship. she has been handed down some family jewels but there is a fear that they will soon dictate her life rather than allowing her the power to escape its shackles.

1801:  Lavinia Flyte  has turned to vice in order to survive in a world that is not kind to women. She might sell her body but she lives comfortably with a man with money. When she meets Robert Verity, an army surveyor things take an unexpected turn

2000s: Holly Ansell has just learned of the sudden disappearance of her brother Ben. She rushes to the place Ben was last seen – Ashdown House the family holiday home. And the three stories across the ages start to unravel

A journey through many palaces and Royal households from Holyrood House to the more opulent Wassenaer Hof in the Hague where the stories of the Winter Queen, Elizabeth Stuart and her story of survival and hope emerge. She is handed a gift which is to have a supernatural and sense of foreboding and if the gifts are wrongly used, their effect will be devastating

However, its the old Mill house in Ashdown, Oxfordshire which is central to all three stories. This was the last place Ben was seen alive whilst he was in the process of researching the family tree. Lavinia Flyte also has strong links to the house and the ornate bejeweled mirror and the pearl soon resurface as the stories link together.

Two objects passed down by history and the mystical aura that these two objects have, having been in the hands of three very different women. The author is a guide at Ashdown house and a keen historian and this passion shows though in the evocative and rich detail of each time period and of the mystical Ashdown House itself.

Each time period is clearly defined by voice, dress, social mores and the beliefs that tie each women to the object of cursed beauty.

This house was destroyed by fire in 1952 and so no longer stands but it important to the story in many ways not only for the research the author carried out here.

Bodelian library and the Ashmolean Museum

Two literary and historical links to the past and evoked in the novel. History comes to life here

This book is the perfect read to get engrossed in and to keep you there. With three time periods, three heroines and their love stories, and two objects defining their fate an their journey in life, I was hooked. I’ve always been chilled by history and wondered whose hands have touched the objects I see in museums, the people they’ve affected and how they came to be in our possession now. This book gives you some of those answers and as I passed seamlessly between one period and another, I realised I was holding my breath. God this was good and I spent a whole day immersed in it, not wanting to move and not wanting it to end. It’s so evocative and atmospheric that I wanted to be drinking red wine from a goblet, in a room with wooden paneling or out in the gardens of Ashdown House itself. This is a place which really fascinates the author and from which this story originates and I really need to go there now in order to sense the story and the footsteps of history in the present.

It sent chills up my spine in a good way to sense those who have gone before us and what legacy they leave on the present. I really hope Nicola writes more of this kind of story as if this is not a way to get people entranced by history, then I don’t know what is.