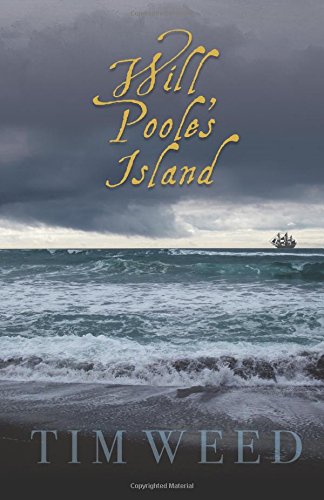 1643: A meeting in the forest between a rebellious young Englishman and a visionary Wampanoag leads to a dangerous collision of societies, an epic sea journey, and the making of an unforgettable friendship.

Set in 17th Century New England at the time when the fledging colonies had a difficult relationship with the Native Americans, Will Poole is 17 and is living in the Puritan New Meadow Plantation. when he meets and becomes friends with Squamiset, a Native American, he begins to question his own place in life and that of his new friend as well as questioning everything around him.

Blending mixed English and Native American heritage, the conflicts of the early colonial settlements cover a lot of ground such as the rights and wrongs of colonialism and human rights above all else.

“The drummer pounded out a low tattoo. Captain Hooker pulled a black executioner’s hood over his thick head, and an assistant handed Hooker a double-bladed woodman’s axe. A rippling silence fell across the crowd. A flock of ravens had slipped in to perch on the crooked Meetinghouse roof and gazed down at the crowd like scornful, black-robed judges”

Connecticut and the start of the Colonies is the fascinating backdrop to this coming of age novel which explores the landscape and a point in history as well as the Native American culture and provides a mix of history, culture and developing awareness of two young friends caught up in the middle of it all.

As Will discovers just how his future and destiny is tied up with the natives he’s met and the mystical spirits of this new world, he finds that the confinement of his home, his mind and his outlook are something he needs to break free from.

A fascinating period of American history brought to life by two innocents of very different worlds.

Will Pool’s Island takes you and throws you head first into the 17th century. So evocative in every sense of the word, it’s as if the scenes surround you as you read  –  the sights, sounds, and smells waft around you as you turn the pages.

What I particularly liked was what I learned about this time period. Who these people were who lived in this time and what they believed in. Can’t say the supernatural beliefs and fears didn’t send shivers down my spine but they make you realise how people lived and acted due to what they believed in. Fascinating insight in to the setting,culture and people of a region.

The Native American angle for me was also the highlight of this book and made it stand out for me as  I find this such an interesting culture and people. There’s not really many novels written that portrays them in such an interesting light and easy to read story. It’s both an adventure story and a coming of age story but it’s the friendship between Will and Squamiset which will linger with me for a long time to come.