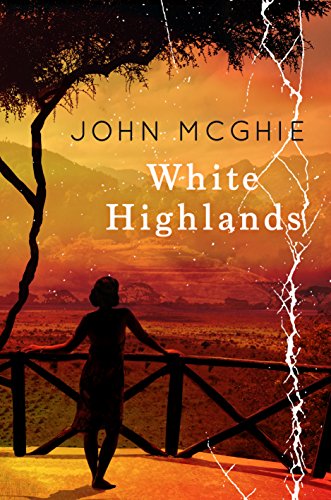 1950s: One of the least known and darkest episodes in British colonial history.

Kenya, 1952, a colony on the edge. Settlers drink sundowners on the veranda but the servants can’t be trusted. Beyond manicured lawns, in the dark of the forest, freedom is stirring.

Johnny Seymour has seen too much war and seeks solace photographing East African wildlife. But when isolated white families are slaughtered by Mau Mau gangs, the British respond brutally and Johnny is reluctantly pulled into the horror.

After his African driver Macharia disappears, Johnny is forced to confront shocking truths about his own country and ask how far he’ll go to help a friend.

Nearly sixty years later, disgraced young barrister Sam Seymour knows nothing about her grandfather. Even his name is taboo. All she understands is that Johnny did something so awful that his only son – her father – had to be rescued from Kenya.

Author on the story behind the story:

“The campaigns against Mau Mau was an intensely bloody and nasty struggle that say tens of thousands of African Kenyans killed by hunger disease and brutality. The precise number who died during this period is, like so many other aspects of this colonial conflict, hotly contested. Many were killed in what was effectively a civil war between supporters of the colony and Mau Mau revolutionaries.”

“And it is certainly true that Mau Mau indulged in their share of atrocities, notably the Lari Massacre. However there is no way of escaping that the fact that British Forces and their colonial proxies caused the deaths of many thousands of Kenyans, possibly tens of thousands, either by creating the conditions in which they died or by directly killing and torturing, In contrast, the number of white settlers killed by Mau Mayu was thirty-two.”

What made the violence applied to Mau Mau more disturbing was the systematic manner in which force was applied. Aside from the shooting war in the forests, there was also the construction of the large ‘gulag’ of detention camps, in which suspected Mau Mau sympathizers were incarcerated and tortured, compelled’ , in the chilling euphemism of the day to give yo their oaths of allegiance on pain of beating or worse

“And if all this happened in Kenya,it is wroth asking what more horrors are yet to emerge from other former British colonies that fought for their independence.