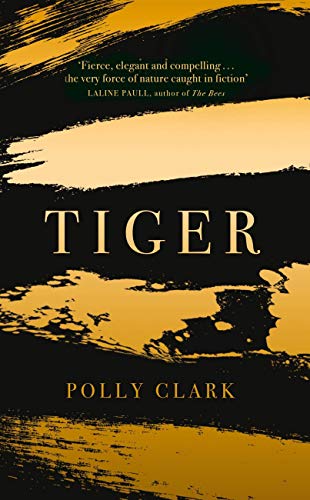 2000s: Deep in the Siberian taiga, Tomas, a Russian conservationist, fears that the natural order has toppled….

Frieda is a primatologist, sensitive and solitary, until a violent attack shatters her ordered world. In her new role as a zookeeper, she confronts a very different ward: an injured wild tiger.

Deep in the Siberian taiga, Tomas, a Russian conservationist, fears that the natural order has toppled. The king tiger has been killed by poachers and a spectacular tigress now patrols his vast territory as her own.

In a winter of treacherous competition, the path of the tigress and her cub crosses with an Udeghe huntress and her daughter. Vengeance must follow, and the fates of both tigers and people are transformed.

Learning of her tiger’s past offers Frieda the chance of freedom. Faced with the savage forces of nature, she must trust to her instinct and, like the tiger, find a way to live in the world.

Immerse yourself in the world of the Siberian Taiga in Tiger

At the start of the novel, Friedais living in London when a tragedy forces her to reconsider her life. The area of London is fictional but is close to the very real and fascinating London zoo, where you should start your own journey with tigers. She then moves to Torbet Zoo in Devon which is also fictional but there’s an excellent and very real zoo you can visit with PLENTY of tigers – Dartmoor Zoo .

Siberia is a vast Russian province. The landscape is remote and varied with terrain spanning tundra, coniferous forest and mountain ranges including the Ural. Lake Baikal, in its south, is the world’s deepest lake. You can imagine the wild animals which live here, roam here and hunt here.

Tomas works on a Russian nature reserve here.  Life in the forest is hard and tough, the conditions change by the second, not just the day. The world’s natural resources are under threat but so too are the animals. This novel gives an insight into that world and those dangers where the changing planet both politically and environmentally threatens us all.