The Words in My Hand 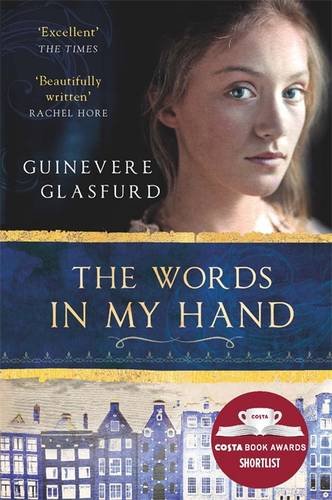 1630 – 1640: Descartes comes to live in Amsterdam and meets a local maid. Both their lives will never be the same again

The story of Helena Jans, a Dutch maid in 17th-century Amsterdam. This is the re-imagined story of what she might have done and how she lived. In this novel, Helena Jans works for Mr Sergeant, an English bookseller as his maid. They manage like this quite well until one day, a mysterious lodger comes to stay. He is aloof and very demanding, coming with a servant and enough demands and conditions that would fill the canals of the city. He is known as Monsieur but it soon becomes clear that he is  René Descartes.

Helena gets to know Descartes and delves further and further into his world of thinking, contemplation, the desire to change and learn, write and become the woman she knows she can be. Both their lives will change for ever.

The story starts in Amsterdam where Helena lives with the bookseller. The house is on Westermarkt where really the bookseller would like to live in one of the big posh houses which line up proudly along the Herengeracht. This is where the richest men live and those in the most prosperous trades. Bookselling will only get a man so far but this house suits for no. but this is a house with a lot of character. As Helena herself says:

“I still could’t decide whether Mr Sergeant’s house learned to the left, or the windows leaned to the left. Not long after I arrived, I had stood on the pavement and tilted my head one way to another, as if that would help set it straight.”

They live here when the mysterious French visitor comes to live. The fact he’s French is another mystery in itself and something that is not readily accepted in 1600s Amsterdam. The Minister at the local Noorderkerk for example said terrible things about the French, laughed at their frills and ruffles, silks and satins. Helena goes to the flower market where she is told to buy ‘French’ flowers and nothing else.

Helena’s mother lives here. There seems to be just as many canals here than in Amsterdam and these are also lined by beautiful 17th-century buildings. The city is most famous for being Rembrandt’s birthplace, and the place where Einstein himself studied. America’s pilgrims raised money to lease the leaky Mayflower that took them to the New World in 1620. But in 1630s, it was where Helena spent an important time in her life.

The story moves here from 1637 – 1639. The Nationaal Park Zuid-Kennemerland is a major tourist attraction and place to visit in this area.

The Museum Flehite is a local history museum in 3 medieval houses, with themed art & artifacts, as well as exhibitions. It still looks it would have in the time when Helena lived.

The author says ” When I visited Egmond aan den Hoef, which is nestled in the lee of some spectacular sand dunes, I had a very clear sense of Descartes and Helena in the landscape; of them being together and trying to remain hidden. Think of how flat the Netherlands are, how open and exposed it all is. The dunes provide a fascinating contrast.” 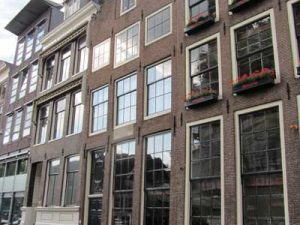 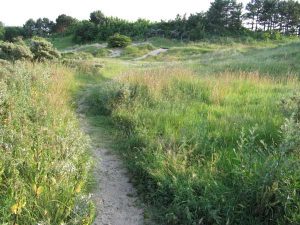 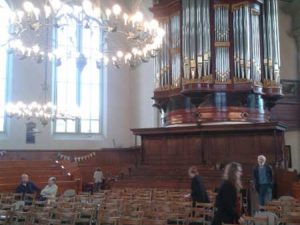 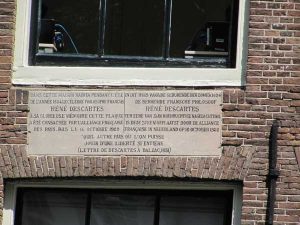 This novel is by far one of the most beautifully written, evocative and stunning I’ve ever read. Oh to see such a world through the eyes of Helena was a magical and fascinating journey. I felt as if the writer picked me up and put me in the costumes, the rooms of the day and I too left my slippers in the room when Helena did as she had to leave quickly.

The attention to detail is quite amazing – Helena falls asleep with her head in the flour on the table, the colour of the tea is like that of an old shoe, and words seem to be made of prickles. This is to read, touch, feel and imagine the world of 1600s Amsterdam and I was captivated as like a film, each scene filtered past my eyes. The way with words is to weave mystery, surprise, wonder and awe into each and every page.

Descartes might put some off reading this novel – I knew very little about him apart from what I covered in French at university but I’d never really thought about him as a man – rather just a figure and historical character – I feel as if I’ve met him now and got to really see inside his mind. Helena  being a real person was fascinating and to see the world through her eyes was a  treat. I felt as immersed in a character’s mind, thoughts and inner feeling than ever before.

This is a novel to savour – there are so many sentences, images, thoughts which need to be said aloud and savoured. The references to lines I particularly loved – lines which were not to be crossed, lines as boundaries, or the curve of a pregnant stomach. Oh and the quills – the exquisite way of how they’re prepared, cared for, the art of writing and how Helena banished from this world resorts to using beetroot on her skin…

I loved every layer, every page of this novel. It’s like a warm bath filled with the most delicious of aromas and relaxing oils. Lie back and allow it to wash over you. This is not a read to be rushed. Hypnotic and like the sun dancing across a stained glass window, the true beauty of the many colours lingers long after you’ve read the last page.

Booktrail Boarding Pass: The Words In My Hand