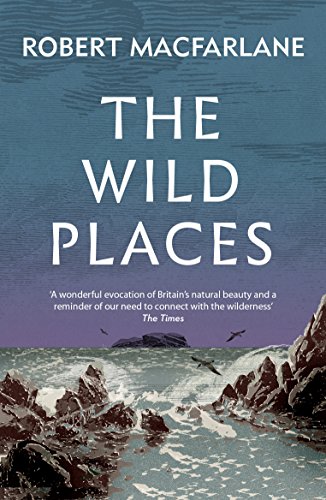 Are there any genuinely wild places left in Britain and Ireland? Or have we tarmacked, farmed and built ourselves out of wildness?

In his vital, bewitching, inspiring classic, Robert Macfarlane sets out in search of the wildness that remains.

“Lying there on the drifted sand, under the white stars, I thought about how the vision of wildness with which I had begun my journeys – inhuman, northern, remote – was starting to crumble from contact with the ground itself. No such chaste land exists in Britain or Ireland, and no such myth of purity can hold. Thousands of years of human living and dying have destroyed the possibility of the pristine wild. Every islet and mountain top, every secret valley or woodland, has been visited, dwelled in, worked, or marked at some point in the past five millennia. The human and the wild cannot be partitioned”

“When I woke in the corrie above Doo Lough that night, at some point in the small hours, the cloud had passed away, and the moon was pouring its light down on to the valley. I was thirsty, so I took my metal cup and walked to the side of the corrie and held the cup beneath the spill of one of the waterfalls. The water hit the tin and set it ringing like a bell. I drank and looked down over the dark valley. The shadows of the mountain on either side of the lough were cast over its floor in clear black shapes. The starlight fell upon the scene, old light from dead stars, and where it fell, the boulders and swells of the landscape cast dark moon-shadows, and I could see the night wind rippling over the grass of the valley, stirring into ghostly presence.”

“Coleridge once compared walking at night in his part of the Lake District to a newly blind man feeling the face of a child: the same loving attention, the same deduction by form and shape, the same familiar unfamiliarity. At night, new orders of connection assert themselves: sonic, olfactory, tactile. The sensorium is transformed. Associations swarm out of the darkness. You become even more aware of landscape as a medley of effects, a mingling of geology, memory, movement, life. The landforms remain, but they exist as presences: inferred, less substantial, more powerful. You inhabit a new topology. Out at night, you not only understand that wildness is not only a permanent property of land – it is also a quality which can settle on a place, with a snowfall, or with the close of day.”

“My journeys had revealed to me new logics of connection…A webbing of story and memory joined up my places, as well as other more material affinities. The connections made by all of these forces – rocks, creatures, weathers, people – had laid new patterns upon the country, as though it had been swilled in a developing fluid, and unexpected images had emerged, ghostly figures showing through the mesh of roads and cities.”