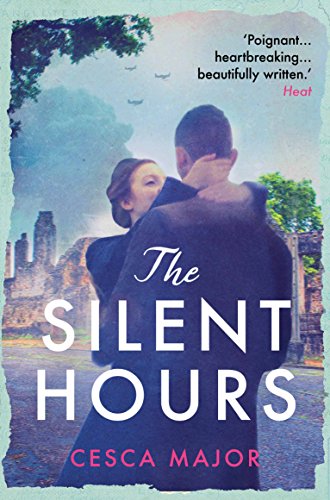 1950s, WW2 – Inspired by heartrending true events in the Unoccupied Zone of wartime France, this is a story of love and loss

The Silent Hours follows three people whose lives are bound together, before war tears them apart:

Adeline is mute who has taken refuge in a convent, haunted by memories of her past. No one knows her story although she is traumatised and clearly suffering from tragedy.

Sebastian is a young Jewish banker  working for this father whose love for the beautiful and very French Isabelle will never be allowed such is the German regime’s stance on Jews.

Tristin meanwhile is only nine when his family moves from Paris to settle in a village that is seemingly untouched by war.

Heartbreaking tales of three, four very different people but war doesn’t differentiate between age, religion or class. It destroys everything in its path.

‘The Silent Hours’ is a tragic story based on the horrifying true life massacre that took place in Oradour-sur-Glane on June 10th 1944. Told in three voices from three very different characters, the whole shocking tale emerges…

Oradour sur Glane is one haunting and heartrending place to visit: a fully preserved, yet totally destroyed village that was the site of the worst Nazi massacre carried out on French soil.

642 people were killed including 247 children. Such shocking act of utter and inhumane behaviour – barbarity its in rawest form. The walls and ruins now stand as the ultimate testimony to the events of the past.

In this small and unassuming village, people live far from the world at war. War will surely not come to this small and remote place, even if some of its men and boys have gone to fight. Rationing too of course as well as other war time rules exist but life goes on without the scourge of occupation as elsewhere in France.

The people who live and work in south west France come together in a tale of heartbreak and tragedy. From Adeline’s convent to Isabelle’s village and the fate of Sebastien being Jewish in an increasingly anti Jewish world …the story unfolds in letters – just like it would have done in wartime itself – letters being the most important and necessary method of communication.

Then there is young and innocent Tristan – fleeing Paris and the Germans but fearful of Germans, spies hiding in the woods and his wish to protect his family
War affects everyone and the haunting interweaving stories will show the ultimate human tragedy, layer upon layer of the human side of war

This  is a book I will not forget in a hurry. It provoked such a strong reaction inside me that I am still thinking of it days later. I had heard of this massacre but not really read much about it and I am heartbroken to know that the background of this stunning read is a  true story. Unbelievable and very difficult to understand.

There are few books which really are quite visceral in their topic and writing and this was one of them. The writing is assured, detailed and utterly intriguing. Intense but not at the detriment of the overall message – of hope amongst human tragedy.

I loved the way each character had their own voice and view of events and the words on the page just shone despite the dark topic.

All the more remarkable for being a first novel.