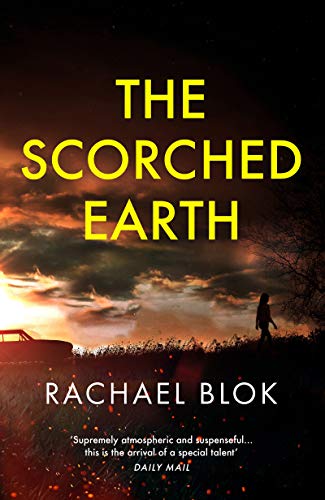 Two years ago, Ben Fenton went camping for the night with his brother Leo. When Ben woke up, he was covered in blood, and his brother had gone. Days later, Ben was facing a charge of murder.

Ben’s girlfriend, Ana Seabrook, has always sworn he was innocent. And now, on the hottest day of a sweltering heat wave, a body has been unearthed in Ana’s village. A body that might be connected to what really happened between Ben and Leo that fateful night.

DCI Jansen, of St Albans police, is sure that Ana has something to hide. But until the police track down the identity of the body, he can’t work out how everything’s connected. Will Ana’s secrets stay buried forever? Or can Jansen bring them to light?

Travel down to St Albans BookTrail style and Scorched Earth

Two boys go on a camping trip in Norfolk and only one comes home. The other is accused of his brother’s murder. Years later,a body is found in St Albans.

Both places are well evoked with the countryside and fun of camping really standing out. The expanse of space and the sense of adventure is clear. However, once the story is set back in St Albans, the claustrophobia becomes evident. The town is almost a village, the police local and the village pub is owned by one of the characters’ family.

Small place, seems nice, but one where murder comes a calling.