The Road to Oxiana 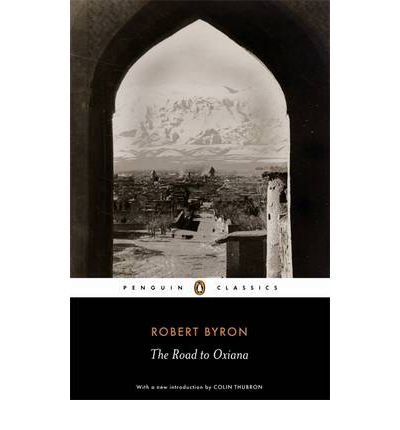 1933 – Read this to travel and access an area now largely inaccessible to Western travellers. Access all areas! Known as the travel book of the 20th century.

There’s a saying that it’s not the destination but the journey that is the most important part of life.

This phrase could have been coined for Robert Byron who in 1933 set out for the country of the Oxus, the ancient ancient name for the river Amu Darya which forms part of the border between Afghanistan and the Soviet Union.

Fascinating in its own right as this is an area not many people have been to and even less have documented. However it’s the journey through the Middle East via Beirut, Jerusalem, Baghdad and Teheran  which fascinates the most.

Now this is what we call a journey and trail through the Middle East.

Over the course of a ten month journey , Robert Byron travels by boat and all matter of transport to Cyprus then via Palestine, Syria, Iraq, Persia, and Afghanistan before finally ending up in Peshawar, India.

Your guide is  a man with a very keen eye for detail and a pen poised to describe with the five senses. On Isfahan which used to be in Persia but is now Iran: –

“The beauty of Isfahan steals on the mind unawares. You drive about, under avenues of white tree-trunks and canopies of shining twigs; past domes of turquoise and spring yellow in a sky of liquid violet-blue”

the methods of transport provide another unique eye – camel, donkey, horse as well as the obvious ship, road transport and of course on foot.

”I spread my own bedding, dined off some egg, sausage, cheese, and whisky, read a little Boswell, and fell fast asleep among the aromatic herbs with my money-bags between my feet and my big hunting knife unclasped in my fist.”

He’s got a very unique way of seeing the world and this keen eye makes for some funny moments. When he sees the Buddhas of Bamyan, dynamited by the Taliban in 2001:

Neither has any artistic value. But one could bear that; it is their negation of sense, the lack of any pride in their monstrous flaccid bulk, that sickens.

Byron is your perfect guide and this is one amazing journey.