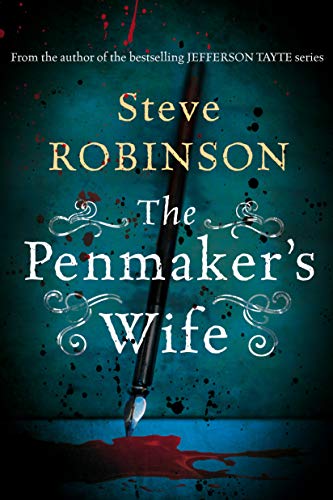 1880: Angelica Chastain flees from London to Birmingham with her young son, William.

Birmingham, 1880. Angelica Chastain has fled from London with her young son, William. She promises him a better life, far away from the terrors they left behind.

Securing a job as a governess, Angelica captures the attention of wealthy widower Stanley Hampton. Soon they marry and the successful future Angelica envisaged for William starts to fall into place.

But the past will not let Angelica go. As the people in her husband’s circle, once captivated by her charm, begin to question her motives, it becomes clear that forgetting where she came from—and who she ran from—is impossible.

When tragedy threatens to expose her and destroy everything she’s built for herself and William, how far will she go to keep her secrets safe? And when does the love for one’s child tip over into dangerous obsession?

This novel is set firmly in the old-fashioned jewelry quarter of Birmingham.

The manufacture of pens, the craftsmanship and the gifting of pens is explored here. It’s quite a skill and there’s a pen museum you can visit today in line with the themes of the novel. – The Pen Museum

There’s plenty of information about the use and invention of fountain pens. The importance of this simple tool is a great thing:

‘He says that a pen is an extension of the mind, and would like nothing more than to put one in the hands of every man, woman and child, whatever their class or occupation.”