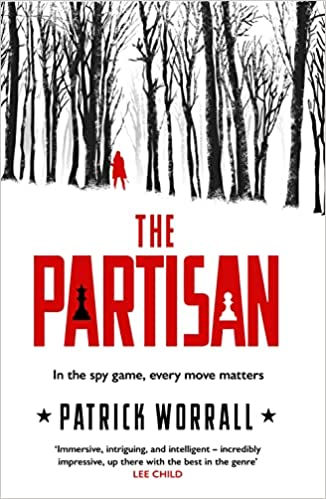 1961: The brutal Cold War between East and West is becoming ever more perilous.

Two young prodigies from either side of the Iron Curtain, Yulia and Michael, meet at a chess tournament in London. They don’t know it, but they are about to compete in the deadliest game ever played.

Shadowing them is Greta, a ruthless resistance fighter who grew up the hard way in the forests of Lithuania, but who is now hunting down some of the most dangerous men in the world.

Men who are also on the radar of Vassily, perhaps the Soviet Union’s greatest spymaster. A man of cunning and influence, Vassily was Yulia’s minder during her visit to the West, but even he could not foresee the consequences of her meeting Michael.

When the world is accelerating towards an inevitable and catastrophic conflict, what can just four people do to prevent it?

A partisan of locations

The story is set in various locations in various time periods, including Lithuania,  England (Cambridge and London), Russia, Germany and Spain.

Readers who know and/or appreciate European and Russian historical fiction, especially WW2 and the Cold War will get more from this novel as there is a lot of references to thees conflicts.

There are many references to politics and especially politics of the Soviet Union:

‘In the Soviet Union, if you get tired of reality, a new one will come along and replace it. Every new leader ushers in a glorious new past.’