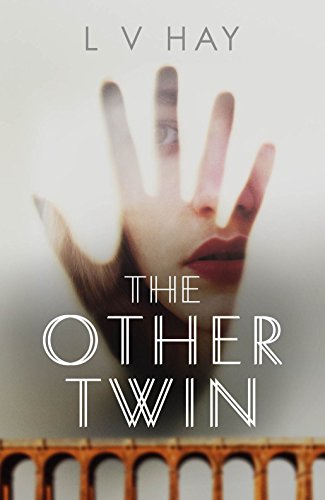 2000s: A twin sister knows and feels the pain of another, right?

Poppy has never been back to Brighton for years and now she’s heading back for the worst of reasons – her sister India has been found dead underneath a railway bridge – did she jump or was she pushed?

Unconvinced by official explanations, Poppy begins her own investigation but the deeper she digs, the closer she comes to uncovering some very uncomfortable truths. Could Matthew Temple, the boyfriend she abandoned, be involved? And what of his powerful and wealthy parents, and his twin sister, Ana?

Poppy is drived to hack into India’s laptop where she finds a series of unsettling posts – the mysterious and ethereal Jenny. Who is she and what was her role in India’s life?

Brighton – the party city,  a city with a thriving digital scene and one with posh, well heeled families living in high walled white washed mansions. A city where they say if you get lost, head down the hills, the slopes and you’ll arrive at the beach. There is no way of getting lost here, well unless you are in Lucy Hay’s Brighton, getting buried under so many secrets and lies, until you dig the clues from the sand, dust them down and marvel at the shiny gem in your hand.

Brighton is a place of contrasts and so this fits well with the storyline of loss and discovery of hidden places – both in Brighton and via the internet. India had a blog and the scenes in Brighton and the real world are interspersed with social media posts with likes and shares – the interaction we all do on line with people we don’t know and will probably never meet.

Brighton is the ideal setting here as it’s a city where there are many facets to the one place – the beach where the tourists go, the hippy Kemptown and the shops in the lanes, the clubs, the nice facade and the shadows which come from that train station. Then there’s the posh suburbs where well-heeled families hide behind their facades.

And then there’s the Obelisk – the “Monstrosity” which has now been accepted by locals. 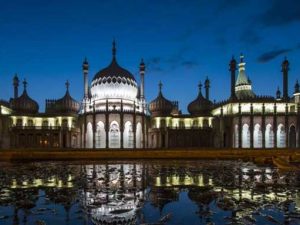 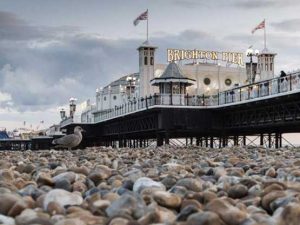 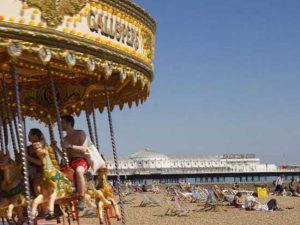 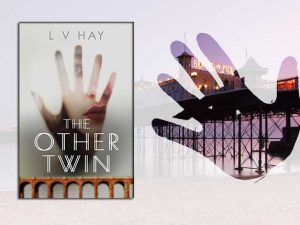 I’ve been waiting with baited breath for this book. Lucy Hay has some writing kudos and I was keen to become immersed into her world, Well, it’s a thriller with more twists than the Brighton streets where it’s set. From the setting to the premise, it all feels so fresh and  exciting. Secrets in a seaside place – known for sunny days, ice creams and carefree days but where behind that facade, there’s some very dark things going on.

Clever use of the social media issues we see increasingly in the news right now! Blogs written and commented on by goodness knows who. Is anyone as they seem? A very clever premise and all the elements fitted into place really well for me – the premise of a sister, coming home to see what has been going on, was remote, chilling and disturbing in equal measure.

This book has a lot of layers, a lot going on but never does it read as if the detail over takes the story. The social media inserts are cleverly done and the writing is sharp and effective. Tension builds and the novel gets twistier the more you read. Made me a bit nervous that ending! The relationship between Poppy and India, the underlying issues and themes in the book (no spoilers as they’re part of the plot) make for a very timely, insightful novel which more than delivers

Booktrail Boarding Pass: The Other Twin