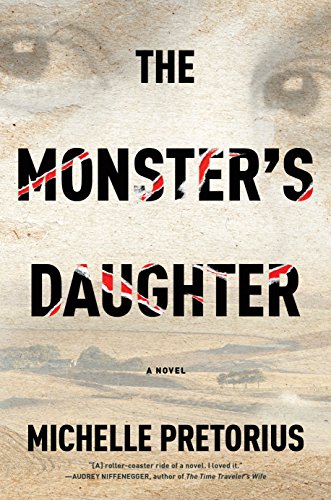 Somewhere on the South African veld, 1901: At the height of the Boer War, a doctor at a British concentration camp conducts a series of grim experiments on Boer prisoners. His work ends in chaos, but two children survive: a boy named Benjamin, and a girl named Tessa …

One hundred years later, a disgraced young police constable is reassigned to the sleepy South African town of Unie, where she makes a terrifying discovery: the body of a woman, burned beyond recognition.

The crime soon leads her into her country’s violent past–a past that includes her father, a high-ranking police official under the apartheid regime, and the children left behind in that long ago concentration camp.

Set in the fictional town of Unie:

“To get from Unie from Johannesburg, take the N1 Highway to Cape Town and veer onto the N12 Southwest. The road is little more than a faded line in the savannah, pockmarked with cracks and potholes, heat rising off it in undulating wisps. Black women walk on the red dirt shoulder from farm to shantytown babies tied to their backs in bright blankets, while children, some barely able to walk, clutch at their mother’s wide skirts. Sleek cars fitted with radar detectors thunder past them at irregular intervals stirring dead air in their wake.”

This is the South Africa of two different times – a storyline which moves between South Africa during the Boer War of the early 1900s and the post apartheid  nation of 2010 and beyond. This storyline deals with issues of race, police corruption and the consequences of years of war and struggle.