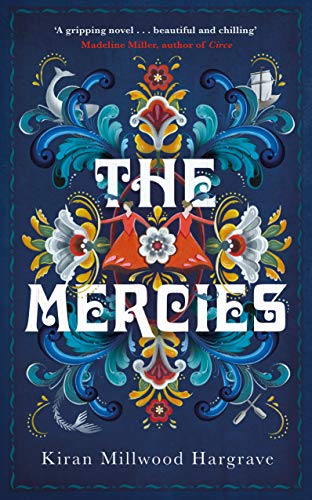 On Christmas Eve, 1617, the sea around the remote Norwegian island of Vardø is thrown into a reckless storm. As Maren Magnusdatter watches, forty fishermen, including her father and brother, are lost to the waves – the menfolk of Vardø wiped out in an instant.

Vardø is now a place of women.

Eighteen months later, a sinister figure arrives. Summoned from Scotland to take control of a place at the edge of the civilized world, Absalom Cornet knows what he needs to do to bring the women of Vardø to heel. With him travels his young wife, Ursa. In Vardø, and in Maren, Ursa finds something she has never seen before: independent women. But Absalom sees only a place flooded with a terrible evil, one he must root out at all costs . . .

The novel takes us back to 1617 and the very real tragedy that befell this island and community. Vardo is Norway’s northeastern most point and it was where, just out to sea, a storm lifted so suddenly, it was as if someone conjured it from mid air. Within a matter of only a few minutes, forty men were drowned. In a place that was already remote and barely populated, this was a tragedy in more ways than one.

This was an important time in Norwegian history too. It was actually Denmark-Norway at the time before it became Norway on its own. King Christian IV was half way through his 50 year reign and he was very keen to make his mark on the world. Desperate in fact. He wanted to make a change, establish the church more fully and drive out the Sami influence and people. He was ruthless and wild.

The Sami were an indigenous population. Wind-weaving and spirit talking were activities they would do regularly. King Christian found these suspicious and overtly religious and so banned many practices and those who participate in them were punished. If you didn’t do what he thought to be good, right and representative of the church, then he didn’t like it.

He contacted Kind James VI of Scotland who had recently published a treatise on Witchcraft and how to deal with women found dabbling in the many dark practices as he saw them. King Christian brought in sorcery laws in 1618 which were closely modelled on King James’.