The Last Train to Key West 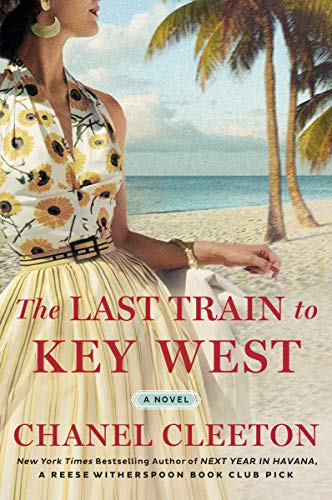 1935: In 1935 three women are forever changed when one of the most powerful hurricanes in history barrels toward the Florida Keys.

For the tourists traveling on Henry Flagler’s legendary Overseas Railroad, Labor Day weekend is an opportunity to forget the economic depression gripping the nation. But one person’s paradise can be another’s prison, and Key West-native Helen Berner yearns to escape.

After the Cuban Revolution of 1933 leaves Mirta Perez’s family in a precarious position, she agrees to an arranged marriage with a notorious American. Following her wedding in Havana, Mirta arrives in the Keys on her honeymoon. While she can’t deny the growing attraction to her new husband, his illicit business interests may threaten not only her relationship, but her life.

Elizabeth Preston’s trip to Key West is a chance to save her once-wealthy family from their troubles after the Wall Street crash. Her quest takes her to the camps occupied by veterans of the Great War and pairs her with an unlikely ally on a treacherous hunt of his own.

Over the course of the holiday weekend, the women’s paths cross unexpectedly, and the danger swirling around them is matched only by the terrifying force of the deadly storm threatening the Keys.

The book deals with the very real Great Labor Day Hurricane of 1935 which was the most intense Atlantic hurricane ever until Hurricaine Gilbert in 1988. It was the first known Category 5 hurricane on record to strike the United States.

The hurricane became stronger very quickly and passed over Long Key first in the Key West. The entire region was battered by a massive storm as the eye of the storm pulled no punches. There were gale force winds, high seas and lots of damage and injuries. It continued right until Cedar Key two days later.

The result was catastophic damage – the storm destroyed nearly all the structures between Tavernier and Marathon. The town of Islamorada was obliterated.

Sections of the Key West Extension of the Florida East Coast Railway were severely damaged or destroyed.