The Fountain in the Forest 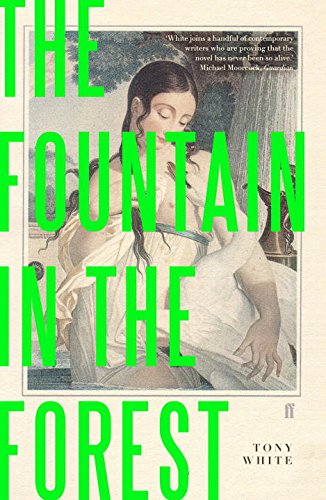 2000s: Discover a magical part of France, in the mountains above Nice on the Côte d’Azur

When a brutally murdered man is found hanging in a Covent Garden theatre, Detective Sergeant Rex King becomes obsessed with the case. Who is this anonymous corpse, and why has he been ritually mutilated? Meanwhile, a young Englishman abroad named JJ is invited to visit an extraordinary abandoned village in the mountains above Nice. Looking for a métier and a reason to stay, JJ falls head over heels with the unattainably beautiful Sylvie. From London to the Côte d’Azur in the aftermath of the Miners’ Strike, and from Stonehenge to Nazi-occupied Nice, The Fountain in the Forest transforms the traditional crime narrative into something dizzyingly unique.

The village of La Fontaine-en-Forêt might be fictional, but it’s inspired by places visited on this trail: the monumental 19th century Fontaine du Peyra in Vence; the simple Moorish architecture of Tourettes-sur-Loup; the gorges carved through this landscape; the menhir at Courmettes; and of course the Baous.

If you take the A8 autoroute (motorway) west from Nice Airport – towards Cannes and Marseille – and look inland towards the mountains which are never very far away, you will see two great pale, Dolomitic Limestone rock faces: the Baou des Blancs and the Baou de St Jeannet. ‘Baou’ comes from an old Provencal word for ‘rock’ or ‘boulder’ and these dramatic mountains form the backdrop to this part of the Alpes-Maritime region (or department) of France, as well as to a large section of my novel The Fountain in the Forest.

The beach at Cagnes-sur-Mer is stony, and not as broad as it becomes nearer Nice, but the narrowness of the strand means that bathing is easy: the water is warm, and only ever a few steps away.

The road up to Vence brings a stunning view of the beautiful hill-top village of St Paul de Vence, once home to the great Black American writer James Baldwin. Vence itself a bustling and culturally diverse working town. That’s where you’ll find the large, ornamental Fontaine du Peyra.

Somewhere a mile or two further along the Route de Grasse (D2210) beyond Tourettes-sur-Loup, is the imaginary turning for my fictional village of La Fontaine-en-Forêt. You might almost have seen it out of the corner of your eye, perhaps when the road was suddenly plunged into shade by trees, or where turning a corner you were momentarily blinded by the sun’s glare. That’s where JJ ends up.

This is a wonderfully unique, quirky and cheeky read. I say that as I’ve had to wait a while after reading it until I knew what I wanted to write. Why so tricky?

There are lots of hidden gems in this book. Quite uniquely, it’s a novel and plot driven by place. Yes please! and there are plenty of them. It’s like  a mini history lesson – from the London theatres and streets to the hilltop towns and bayous of the Cote d’Azur. Each chapter title is the name of a day in the 1793 French revolutionary calendar.

The author plays a lot in this novel – is it a mystery, a crime novel or a historical one?Well, all of them and more. For language fans out there, the register in the novel slides down from one end of the scale to another producing music to your ears. Village dialect to the Queen’s English or should that be the tongue of revolutionary France?

The story is a puzzle, a pass the parcel kind of read – unwrap the next part and you’re never quite sure what to expect. Once the music of the text stops, the discovery is neat.

And that’s before you get to the individual words: there are words in bold dotted through the text. These are words which the author has collected from crosswords he used to do and the story as it progresses, winds around them like vines on a wall…

Vines around a fountain in a forest you might say.

Booktrail Boarding Pass:  The Fountain in the Forest