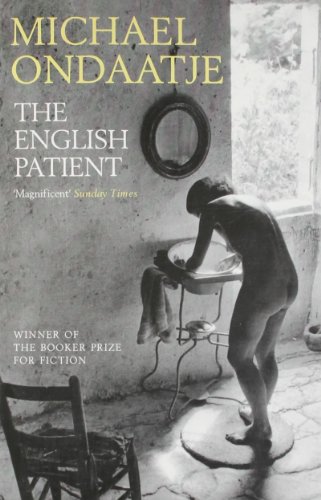 2WW: The English patient – a man badly burnt in the Libyan desert recounts his memories of a romantic affair as he starts to succumb to his injuries

The English patient is the story of  four people who come together as WW2 draws to a close. Each has a very different story to tell and their stories share some interesting threads of humanity and behaviour of men during the war.

An Englishman has been found burned almost beyond recognition and Hannah,a  nurse is to take care of him in his final days and hours. As she cares for him, he starts to relive his memories and tells her the amazing story of a romantic affair he had in the middle of the Libyan desert. Ge was there as a cartographer sent to map out the are for the Royal Geographic society.

His affair has far reaching consequences however and as he clutches his battered copy of Herodotus, he tells the story of how after the affair was discovered, events spiralled out of control. He was deemed to be a spy, held in a prison and had to fight the hardest fight of his life.

A story about memories, our hold on people, what is right and wrong and how war affects everything it touches.

Cartographers are in the process of mapping out the Libyan desert and one place they find is the Cave of Swimmers and the surrounding area until they are stopped due to the onset of the war. This is the cave (Tozeur in the film) where the Hungarian explorer  László Almásy and Catherine later spend time in an iconic part of the story.

The desert scenes in Libya  and the Kufra Oasis  in particular are dusty and war is just off the horizon. The sand storms are wild and furious and smother everything in its path. When an English couple join the expedition, they spend time in Bedouin tents and complex palaces – army grounds in the area. This expat community show the other side of war and the relatively easy life of those on expeditions of this kind.

Tunisia filled in for many of the scenes here including Tobruk which was  El Mahdia in the film.

Many of the Egypt scene in the film were shot in Italy – The old ‘Shepheard’s Hotel, Cairo’ – the wartime watering hole for explorers, diplomats and spies which was destroyed in the fifties was actually filmed in Italy.

Contrast this with the scenes in Italy – hot and dry but not like those in the desert. This is Italy recovering from the war that is still ongoing, where hospital are set up in abandoned churches and where broken pianos are the only signs of life left in rural areas – everyone else having fled.

Hannah has her own emotional entanglements during wartime and sees how her eyes are opened up to culture and life itself. Italy also provides a haven for Carvaggio who is attempting to find a man he knew during the war and now he needs answers and hopes to make sense of his own past and part in the war.

A Tuscan monastery (Sant ‘Anna in Camprena) becomes a focal point within the film where the English patient first starts to recover when employed as a map maker charting the Sahara Desert in the 1930s.

Viareggio is the next stop, a coastal resort town near Pisa, where the emergency field hospital is set up.

Basilica of San Francesco at Arezzo.

The famous monastery where they light flares and hang from ropes up the walls is the 13th century Bacci Chapel in the Basilica of San Francesco at Arezzo.