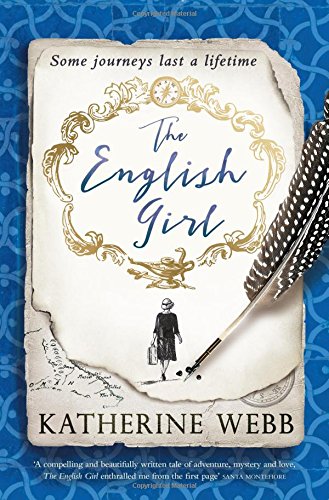 1890s, 1930s, 1950s: The city of Muscat in Arabia has held a life long fascination for a fledgling archaeologist. But what secrets does it really contain?

The ancient city of Muscat and its desert fort of Jabrin is said to contain many treasures and secrets of past times and a culture long hidden amongst the tragedy of misrule and war. When Joan Seabrook gets a chance to visit, she is determined to meet  her heroine, the pioneering explorer Maude Vickery, who crossed the desert and conquered many secrets of that lost world.

Maude is a reclusive figure but then she gives Joan a task but one which could put her in danger.

The country is not safe for westerners or women and the political upheaval is getting worse by the day. But two women have secrets they need to protect and motives they might want to hide beneath the shifting sands.

Shifting sands or shifting alliances? Will the thrill of the desert be their undoing?

The main focus on the side of truth is the portrayal of the desert environment and condition of the British Presence in the area during the time of the Jebel War  – 1958 – 1959. This war was called the Jebel Akhdar War  and was where Imam Ghalib bin Ali Al Hinai fought to protect the Imamate of Oman lands from the Sultan Said bin Taimur. This war provides the backstory to the whole novel and the allegiances and figures in it are based or inspired by true facts.

The British presence – from the rich residency to the organised army base at Bait al Falaj create a world away from normality.

For Joan however, her interest is mainly in Maude and her tales of the explorer. She along with Nathaniel Elliot (based on  were said to be the first to cross the desert as the Empty Quarter. The sweat, toil and tears – particularly of what it meant to be a female explorer in the country, a western one at that is evoked in the heat of the sands and the shadows of the veil.

Fort Jabin and the Green Mountain

This is a novel of adventure and intrigue – the discovery of Fort Jabin, the allure of the Green Mountain and the depravity of the jail at Jalali where no foreigners are permitted, a slave living in the quarters of a rich Western explorer and a country at war for ownership of the desert lands.

The heat and humidity and excitement of a new world will create a dangerous path for one young woman. A path altered and lost under the grains of time.

I was really looking forward to this novel and was hungry to read it but this is not a novel to read in haste but to take your time over. I slowed down after a few chapters, deliberately taking in each and every fact and character decision for later events weave together in such a way, you’d be wise to pay attention to gain the full consequences of those early chapters.

The setting from the heat of the sands to the isolation of women and the sweltering temperatures building up to war is shockingly good. In a culture and time that few of us understand, this forms a panoramic and human picture of Oman at a time of great upheaval. The detail is exquisite but never reads like  a history book. Even more impressive when Katherine explains her research books. How she has woven fact and fiction so seamlessly together, making the characters and their troubles so central has to be applauded. I am in awe of this novel as there’s so much to it yet it’s always through the eyes of Both Maude and Joan and their dealings with the men in their lives and their place in the desert society how we learn of such a fascinating world.

I was there with Joan and Maude every step of the way, hidden in their desert clothes, behind their wish to do and explore more and the mysteries that the desert brought. The final reveal was a culmination of so much history and was very satisfying. I felt every grain of sand, every worry and every hot stone as they clammoured  to find their way in the aptly named Empty Quarter.

A stunning novel shining like the jewel in the desert crown.