The Dancer and the Thief 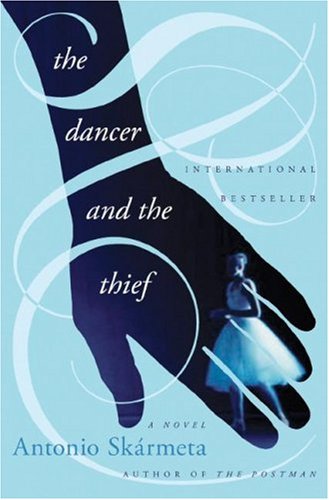 1970s: A book for all the senses set in Chile’s lively cultural and criminal scene

The prisons are overflowing in Chile, so the president declares a general amnesty for all nonviolent criminals.

Ángel Santiago is one of them. Determined to get his revenge for the abuse he received whilst locked up, he joins forces with notorious bank robber Nicolás Vergara Grey, whose reputation proceeds him.

Despite all of this talk of revenge and robbery, there is a interlude with the arrival of dancer Victoria Ponce, a high-school dropout whose father was a victim of the regime.
Love blossoms against a backdrop of chaos and political upheaval.

A love story with a difference set against the backdrop of the new Chile, just free from the Pinochet dictatorship but still in the grip of political and cultural confusion.

Chile is the main character  here from start to finish. The streets, the monuments, the military dictatorship form a picture of Chile at large and shows it from ever conceivable angle.

Pinochet looms large of course. Following the coup of 1973 he later became president of the country in 1974 when the ruling military junta appointed him. Salvador Allende had been the president before him.

“When are we going to stop blaming everything on Pinochet?”

This is a country in turmoil, a country in chaos with criminals given freedom. To be anyone in Chile requires steel and determination –

“My city” he shouted. The force of his actions and determination ‘ lent him the air of toughness that was well worth cultivating in a city like Santiago”

The city seemed to become more and more intimate the uglier it got. These were the slums Angel thought but they were not his destiny.

Oh and the shops –

“The shopping passages in downtown Santiago are labyrinthine. Tiny caves of businesses, facades that hide something much more sinister. There, the city is a no-man’s-land, a constant trafficking of trivialities and mediocrities. Everything is ordinary, everything is sexualized.”