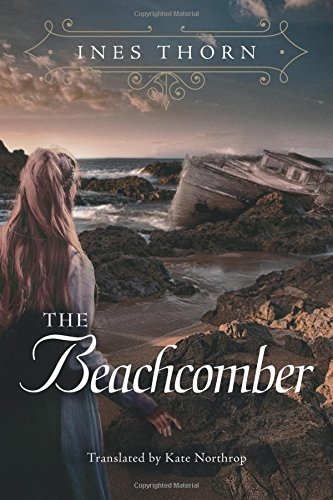 1711: It’s the age of whaling and beachcombing, and life is hard on Sylt

It’s the age of whaling and beachcombing, and life is hard on Sylt—especially for women forced to get by on their own. Ever since the death of her parents, Jordis has lived with her grandmother in the village of Rantum. The two of them survive by beachcombing and by secret fortune-telling, using the oracle runes that are a crucial part of the ancient Norse religion.

Under the local minister’s skeptical eye, Jordis befriends his daughter, Inga. Jordis confides her love for the young blacksmith, Arjen, to her new friend, only to discover that Inga, too, hopes that Arjen will propose to her. The competition shatters the girls’ friendship and puts their families at odds. When a cross falls from the ceiling in the church and a powerful storm hits the island, the minister immediately accuses the “guilty”: Jordis and her grandmother, whom he believes to be witches.

Jordis survives near the harsh North Sea by recovering and finding value in what was lost. But can she recover her reputation and find the value in her own life?

BookTrail style to the Isle of Sylt with The Beachcomber

An island in northern Germany, part of Nordfriesland district, Schleswig-Holstein

It’s very distinctive due to its shape and is the largest of the North Frisian islands. It’s unique as it is so exposed and in the middle of the North Sea so is prone to storms and tidal changes.

The island is also known for its many holiday spots and celebrity hangouts – Westerland, Kampen and Wenningstedt-Braderup,

Since 1927, Sylt has been connected to the mainland by the Hindenburgdamm causeway.