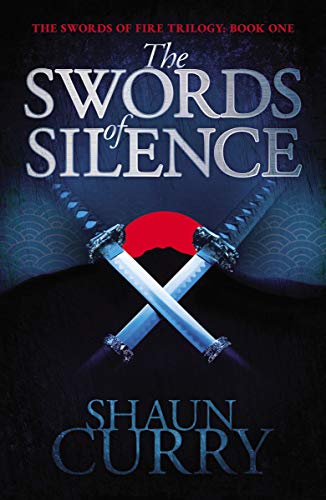 1600s: Japan’s military dictator, the Shogun, is shutting his country down to any outside influences.

Where once new ideas and beliefs were accepted, now the country’s military dictator, the Shogun is shutting his country down to any outside influences.

Father Joaquim Martinez who left Portugal to make Hizen Province, Japan his home, has been quietly tending to the lives of his villagers, but everything is about to be thrown into turmoil, as the Shogun has outlawed Martinez’s beliefs. Those who won’t recant or accept banishment, face a death sentence.

With the threat of a massacre looming, and the Shogun’s Samurai closing in, Father Martinez must decide, if he is willing to risk everything, to save those he has sworn to protect.

Nagasaki City is where Provincial Francisco Pacheco and twelve other Christians were executed by Nagasaki’s new Governor, Mizuno Kawachi. Nagasaki City is also the city where Father Joaquim’s friend, Mateus da Costa, a Portuguese trader, was murdered by Dutch thugs in the street.

Created by the Shogun’s regime, Dejima is an artificial islet in Nagasaki that was created to isolate foreign traders from the remainder of Japan. It was particularly relevant after the Shogun closed Japan from the outside world.

The Port of Osaka

The Port of Osaka is the location where Warlord Matsukura Shigemasa landed his vessel from Kyushu before marching Father Joaquim, and the remainder of his Christian prisoners, to Japan’s capital city of Japan, Edo (known today as ‘Tokyo’).

Edo Castle is where Shogun Iemitsu resided. It is also the location of his regime’s political decisions that affected the remainder of Japan.

Shimabara Castle is where Warlord Matsukura Shigemasa resided in the novel.  This outsized castle was the source of much misery for all farmers and peasants on his lands because he taxed them heavily in order to pay for it. The construction of this castle resulted in much misery and anguish on his lands. 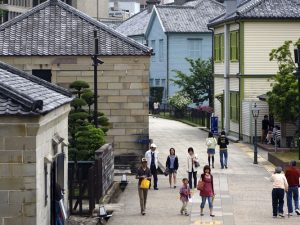 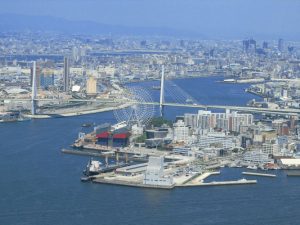 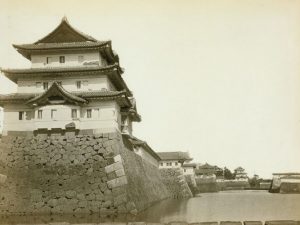 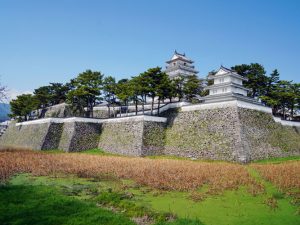