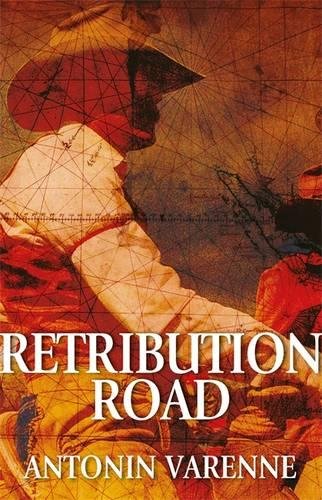 1952: A secret mission deep in the heart of the Burmese jungle…richochets around the world

Arthur Bowman, a sergeant in the East India Company, is sent on a secret mission during the Second Anglo-Burmese War. But the expedition is foiled – his men are captured and tortured. He keeps the will to survival his mantra through the ordeal and does his best to keep his men alive.

Years later and Bowman has returned to London, battling his ghosts through a haze of alcohol and opium. One day he  discovers a mutilated corpse in a sewer but what’s worse is that Bowman recognises the injuries as being very similar to those he saw and experienced in the Burmese jungle. And if that’s not enough, the word “Survival” has been daubed in blood by the body’s side. Persuaded that the culprit is one of the men who shared his captivity, Bowman resolves to hunt him down.

“Rooney passe through the north gates of Fort St George withouts lowing, whipping the horse constantly. Mulberry plantations flashed past, cotton field, where a few peasants worked, bent over their tools, All along the path columns of seapoys in their red uniforms walked quickly under the hot sun, kitbags on their backs and rifles on their shoulders.”

Burmese history comes alive with the scene set on the with the army entrenched on Singuttara Hill at the Shwedagon Pagoda This is the battle site – of a war without battles between two enemies separated by nearly 400 miles of forests and mountains. The Kingdom of Siam traps them to the East.

Bowman returns to a London and a world of pain and fog. The trauma and horrors he has left behind in Burma have come home to roost and despite him trying to find answers or to hide in a pub or opium den, he finds only despair and survivors guilt. A body mutilated possibly by one of your own? London now is not the save haven he had hoped for – death and destruction paves the sludge ridden streets, the stench from the Thames permeates everything and everyone.

The section set across America could have subtitle ‘ Search for the truth’/ From a murder with a similar MO in Reunion, Texas, he heads to the Wild West where the American Civil war is at its peak.

La Réunion was a utopian socialist community formed in 1855 by French, Belgian, and Swiss colonists on the south bank of the Trinity River in central Dallas County, Texas

Almost three books for the price of one – a historical read, plus a political one on the horrors of the Burma wars and a western story. Yes that surprised me too, but as you read and see the threads coming together it all blends and works very well together.

It is a long read and at times the descriptions of warfare and torture can be heavy going at times but overall it’s a rewarding read. It’s really in a genre of its own I would say as it ‘s much more than a sum of its parts.

I loved the historical premise with the mystery of the East India Company and the types of missions which went on at that time, the type of war which originated in the Burmese jungle and the conditions and minds of the men who played a role. As Bowman follows the trail, he encounters many events in American and world history which populate the pages, creating a veritable journey in every sense of the word.

It’s an impressive and epic novel although I do think it could have been shorter and yet still as effective if not more.  A little less detail and more breathing space would have made this more powerful in many ways but  you con’t deny that the author has more than done his homework and for that I applaud him

Special mention has to go to the translator as it’s a smooth and impressive story in English too. This would not have been an easy job and to keep the threads in order, the tension up then down, the haunting story of the past coming to the fore….the nuances of the time and place.

An epic and impressive read that brings its own rewards.