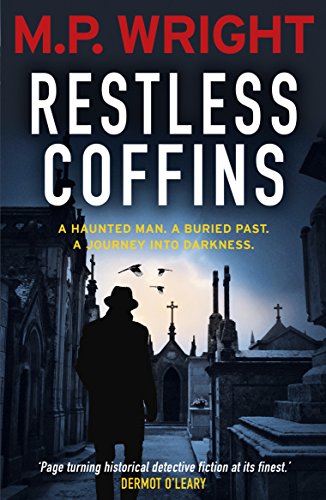 1969: Originally from Barbados, now a PI Bristol, JT is off to New York and New Oreleans

Bajan ex-cop and reluctant private detective, Joseph ‘JT’ Tremaine Ellington helps those who are too scared to go to the police or anyone trying to stay one step ahead of them.

But then he receives a telegram informing that his sister has been murdered. He wants to return to Barbados to pay his final respects and to settle his late sister’s affairs, but this means that he’s got to accept a ticket from his shady cousin, Vic, on condition he travels to New York first, where Vic is building himself a criminal empire in Harlem. But he’s not going alone.

JT finds himself embroiled in the world of drugs, bent law, voodoo and the bitter legacy of slavery, he must return to the island of his birth and face the demons of his past.

“The early morning March air was cool and tinged with the unmistakable tang of the sea. It was  comforting and now familiar scent; a welcoming aroma that would, often as not, greet me as I woke and then gently cosset me as I fell asleep alate at night.”

JT lives on a houseboat:

“The old vessel has seen better days and was not permanently moored out at Nova Scotia Place on Spike Island….Despite its unusual location, and rusted and haggard exterior, the ancient boat allowed me and the ghosts I cried around a tenuous sense of privacy.”

Forced to go back to your native country because of a family tragedy is never easy. this is also where the background of the main character comes out as it’s the place where he and his sister discovered a corpse at the beach when they were children in the 1930s.

The Barbados vernacular and the descriptions of the luscious bays are gorgeously woven into the main thread of the story. You may well have an accent after finishing the book.

Harlem – the area of the cities where the crime lords live in this novel. JT goes to meet Vic, a crime lord. But before he goes, he gets to go to church and find some sweetness. The exact church in the novel – the  Metropolitan AME Church – Harlem and his hotel – Hotel Theresa are places you should try and go and read this novel!

A city already known for its dark gothic overtones, voodoo and corruption so no surprise someone called Pigfoot feels at home. The Garden District, famous with tourists, is the part of the city explored here but it’s the mortuary which plays the biggest role as well as areas where Evangeline’s family lives so not the main tourist areas. Garden District is described as “Creole heaven” though which it is – the food is amazing!