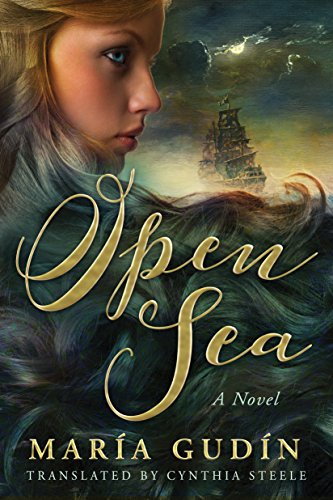 1639: A stirring adventure of high-seas piracy, betrayal, and war

Spain, 1639. When Len de Montemayor’s family is killed, she thinks her life is over until an aristocratic family rescues her. Len finds a soul mate in their son, Piers, and as they grow up together, their friendship becomes a love so intense that it comes with a promise: it will last forever. But with the outbreak of civil war, a dutiful Piers knows his fate is with the Royal Navy, leaving Len waving from the shore as he sails toward an uncertain future.

Piers finds himself in the throes of battle, but unlike his shipmates, he is allied to no cause but the sea. As war rages on, he eventually returns to find his home a burned shell of its former glory, his family slaughtered, and every trace of Len gone. Thinking that she died in the fire that killed his family, Piers is heartbroken and escapes to a life of privateering on the same vast ocean that divided them.

England to the Caribbean

This novel was born from a visit to the grand house Lyme Park where the BBC series Pride and Prejudice was filmed. the author discovered that there was another story within the walls- a story from the seventeenth century and a story between parliament and King Charles 1, when Lyme park was a place of Royalist conspiracy.

In the office  in the eastern part of the house there is still a a office which is part smoking room and part library and paintings of the Stuart Kings. From the large windows looking out onto the park, plans were allegedly plotted…( A story about a priest here was of particular interest to the author)

From Lyme Park, the story was moved to a mansion near Dublin as it fitted more the appearance of the author’s imagination for the time period.  Malahide Castle she discovered, was the place where Piers and Len would have played as children, with its towers an crenellations.

The scenery surrounding the fictitious mention in the novel (Oak Park) is inspired by the cliff of Essex, in particular the Naze Peninsula and the nearby village of Walton-on-the-Naze. There are many nooks and crannies and coves here but the Horsehead Cove in the book is fictional. Take care around this area as the cliffs are receeding every year and it could be dangerous.

Be sure to visit the Museum of London where the author did much of her research into the time and place and royal intrigue of the time.

The Armada crossed the Bay of Biscay and the English Channel and it placed itself along the coast of Flanders. They planned to pick up the Tercios, the best prepared army in Europe at the time, and then invade England and overthrow Elisabeth 1.

The invasion took place not far off the coast of Essex where fictional Oak Park is in the novel.

A rock which appears in Horsehead Cove is actually taken from a real one in the Ria de Pontevedra. It’s very striking and does indeed look like a horse from a chess game.

The author did much of her research in the Caribbean and stayed in the heart of colonial Santo Domingo. Be sure to visit the real Alcazar de Colon and the nearby streets with their colonial charm.

Don Juan’s house as in the book has been imagined as being on the Calle de Demas near byt Ozama river.

This was quite the adventure! The author’s note is impressively detailed and almost as fascinating as the fictional story but be sure not to read this until the end.

There’s so much to this novel but it’s never too heavy nor overdone. The characters of Piers and Len were fascinating to read about and what they go through is heartbreaking. One scene in particular made me look away.

The most fascinating part for me was how real historical events were used and evoked to create this story of struggles, power and ultimately love. The story captures the time and place of the mid-1600’s with style and all of the five senses placing you right at the heart of the action in the squalor on one hand, and the rich homes where status and political position was everything.

If you don’t like sailing, be warned – the battle of the Armada comes to life and you feel part of the chaos, excitement and danger

There’s a lot to love here – a film of the story would be amazing.
Oh and kudos to the translator – very nicely done! smooth unlike the sea int he setting!