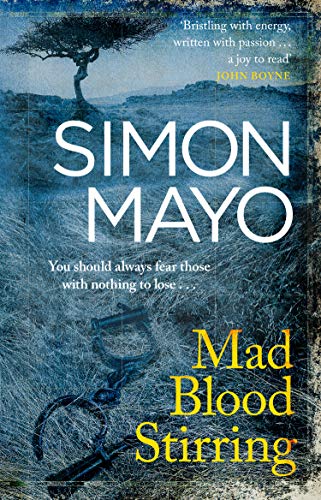 1815: The war is over but for the inmates at Dartmoor Prison, peace – like home – is still a long way away.

On the eve of the year 1815, the American sailors of the Eagle finally arrive at Dartmoor prison; bedraggled, exhausted but burning with hope. They’ve only had one thing to sustain them – a snatched whisper overheard along the way. The war is over.

Joe Hill thought he’d left the war outside these walls but it’s quickly clear that there’s a different type of fight to be had within. The seven prison blocks surrounding him have been segregated; six white and one black. As his voice rings out across the courtyard, announcing the peace, the redcoat guards bristle and the inmates stir. The powder keg was already fixed to blow and Joe has just lit the fuse.

Elizabeth Shortland, wife of the Governor looks down at the swirling crowd from the window of her own personal prison. The peace means the end is near, that she needn’t be here for ever. But suddenly, she cannot bear the thought of leaving.

Travel to Dartmoor Prison in 1815 with Mad Blood Stirring

The author points out at the start of the book that is is based on historical facts.

“Since 18 June 1812, America and Britain have been at war, fighting what some will call the Second War of American Independence. It has already cost the lives of twenty thousand men. Much of the fighting has been at sea and, by the end of the war, on Christmas Eve, 1814, seven thousand American sailors are incarcerated in Dartmoor Prison, recently built for French prisoners taken in the war against Napoleon.Isolate and forbidding, it is the most feared prison in the land.”

There is a mix of fact and fiction in the book – characters such as King Dick, the Shortlands and Dr Magrath were all real people. The daily market was real . Sadly, the massacre was real.