Letters from a Murderer 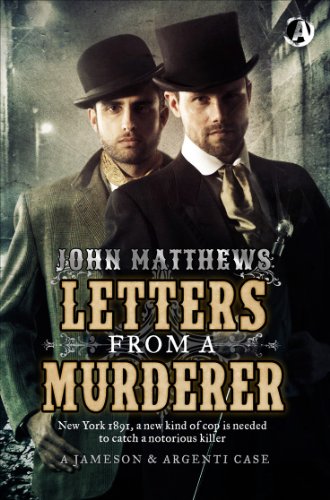 1891: Enjoy Sherlock Holmes? Read The Yard by Alex Grecian? Love a good old Victorian Murder mystery? Then this is the book for you.

Finley Jameson and Joseph Argenti are the Sherlock and Watson of Letters from a Murderer – the time and setting is the aftermath of the Ripper killings There is the possibility that the Ripper himself has ended up in New York to continue his killing spree.

The chemistry between Argenti and Jameson is a key and integral part of their attempts to track down the murderer. As the Ripper has apparently travelled across the pond to a sleazy and gritty New York, Argenti and Jameson must risk everything to try and find out if they can catch the most infamous serial killer of all time.

Although you can of course travel to the actual places in the novel, we can safely saw that you would not like to go back to this time period and see the sights in this way. THIS version of New York is a wild savage boar and the novel lives on its underbelly.

Gangs, murders, red herrings, chases across the docks, ‘ladies of the night’….you can  hear the muddy water trickling down the sides of the buildings, the rustle of a corset, the scrapping of a knife exiting a body, and the hurried footsteps on the wet, bloody cobbles.

Sweeney’s Shambles and the Fourth Ward – the poor area of the city which used to house the immigrants and poorest people of the city. Included lower Manhattan from Battery Park up to about Division Street.

Manhattan Bridge runs across the East River – river pirates and ‘crimp houses‘  were those who lived on the river and the nearby docks. Gin houses, bordellos and lots more besides.

“As they turned into Broadway the first gas lamps were being lit. At this time of year wood and coal smoke mellowed the smell of horse manure on the night air.”  The City Hall is located here

The Tenement Museum tells the story of  the Lower East Side and the conditions that poor newcomers to the city could expect.

Something creepy takes place here. This is the opera house in NY today – at 30 Lincoln Center Plaza. The music hall in the book stands on 23rd Street.