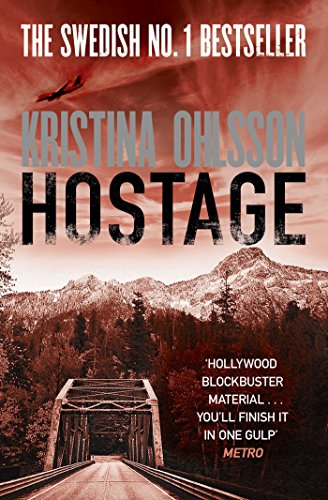 2000s: A plane highjacked in midair…if demands are not met, if the plane runs out of fuel

Shortly after a crowded New York-bound flight takes off from Stockholm, a bomb threat is found on board. Anonymous hijackers demand that the Swedish government revoke its decision to deport a Moroccan man. If their demands are not met, the plane will explode if it attempts to land. The US and Swedish governments must choose between negotiating with terrorists in order to save the four hundred passengers held hostage at thirty thousand feet, or to stand their ground and pursue the deportation of a possibly innocent man.

Fredrika Bergman returns to the police force to act as a liaison between Police Superintendent Alex Recht, and the abrasive Eden Lundell, agent with the Security Service’s counter-terrorism unit. But they soon realize that the plot behind the hijacking is far more complex than anyone initially thought.

The city of Stockholm is on high alert with the central government offices Rosenbad on full alert on the matter of the plane heading out from Arlanda. The busy shopping streets of Drottinggatan might be festive and nice but there isn’t much cheer elsewhere.

The clock is ticking – every chapter refers to a specific time – seconds count here. The work of SAPO – the Swedish Security Services is a race against time to find out what is going on with the plane that is currently flying above the Atlantic Ocean.

The story is fictional but was written as the author is an expert  – a senior terrorism analyst with the OSCE and was reminded of a suicide bomber who blew himself up in the centre of Stockholm – in Bryggargatan in 2011.