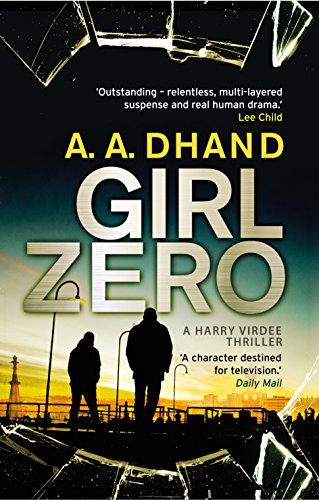 2000s: Standing over the body of your beloved and dead relative is not something anyone should have to face

There are some surprises that no-one should ever have to experience. Standing over the body of your beloved – and murdered – niece is one of them. Detective Inspector Harry Virdee is a man perilously close to the edge anyway, so this feels like the beginning of the end.

Harry won’t be able to let it lie. He needs to dive into the murky depths of the Bradford underworld and find the monster that lurks there who killed his flesh and blood.

But first, he has to tell his brother Ron, the terrible news. Ron will act first and think later. Harry may have a murderer to find but if he isn’t careful, he may also have a murder to prevent.

This is a city on the edge. A city where the streets are very dark indeed as one brother tries to find justice whilst the other brother, a drug lord tries to find something else entirely

The themes are those which affect many of Bradford’s citizens but mainly focus on the Asian community and the issues within those communities such as the need to ensure their children follow the right path, control them if necessary, maintain the family honour and pride. Issues of child abuse and pedophilia amongst some Asian men, themes recently in the news, also bring a cloud of realistic fog to the mix

“Bradford didn’t appear to care for karma, Harry’s or its own.”

One of the most deprived areas of the city. Residents here were a third more likely to  receive government benefits and crime was out of control.

In the distance , the newly opened Westfield shopping centre was reaching the lethargic end of a typically grey Monday evening.

When thinking of what to do to someone if they become a problem?

“We’ll do what we always do: give him to the streets – feed him to Bradford and let the city do what it does best.”