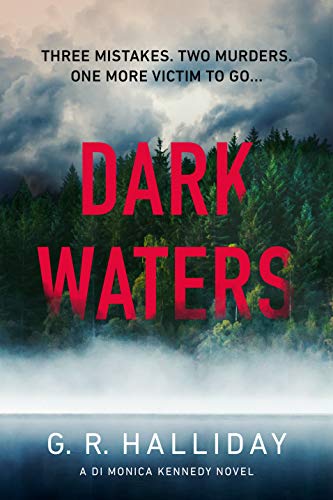 Annabelle has come to the Scottish Highlands to escape. But as she speeds along a deserted mountain road, she is suddenly forced to swerve. The next thing she remembers is waking up in a dark, damp room. A voice from the corner of the room says ‘The Doctor will be here soon’.

Scott is camping alone in the Scottish woodlands when he hears a scream. He starts to run in fear of his life. Scott is never seen again.

Meanwhile DI Monica Kennedy has been called to her first Serious Crimes case in six months – a dismembered body has been discovered, abandoned in a dam. Days later, when another victim surfaces, Monica knows she is on the hunt for a ruthless killer.

But as she begins to close in on the murderer, her own dark past isn’t far behind …

The setting of this novel is perhaps one of the most scenic in Scotland. The area around Inverness, Loch Ness and the glens is really breathtaking. You will have your bretahe not only taken but robbed in this book however. It’s gruesome, deadly and gory so beware before you get in that car at the start and have a leisurely drive. The character in the book knocks down a little girl who seems to have come from nowhere.

Meanwhile in a dam, a body is found. The contrast of the wonderful and awe-inspiring locations together with the deadly goings on are quite something!