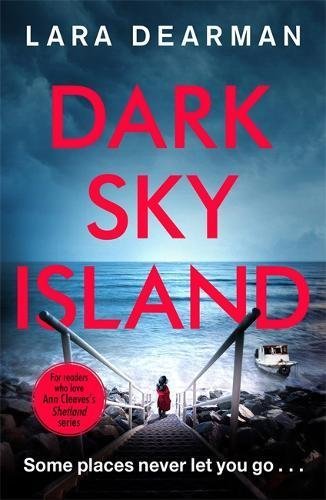 DCI Michael Gilbert is called out to Sark – the world’s first dark sky island – after bones are found on Derrible Bay. He is followed by journalist Jennifer Dorey, driven by a secret in her own past. The remains are decades old, but after a body is discovered Jennifer and Michael fear there may be a killer on the island. Together they follow a dark trail of bad blood and a conspiracy of silence.

Everyone on the island is under suspicion. No one is what they seem. And the murderer could strike again at any time…

As well as a cracking police procedural, this proves to be a very interesting guide to Guernsey and Sark

The story starts on Guernsey as this is where the characters and police live. Elliot’s flat for example in St Peter’s Port looks out onto the islands and afffords a view others are envious of.

A lovely beach and cove further up the coast is where something of interest is found in the investigation.

Derrible Bay is where the crime scene is where something of extreme interest is found. Jenny remembers it for happier times though:

“Derrible Bay was on Sark, a tiny island three miles long by a mile wide. It lay nine miles east of Guernsey, about an hour’s journey on the boats. It has no airport and no cars either. The only way of getting around was on foot or bicycle or an overpriced horse and carriage.”

What she does remember fondly is the St Saviour’s reservoir wit its shady wooded path and the “Millennium Walk’ with handy trail maps and What to look out for guides.”

One of the richer characters lives here.

“Hidden behind high walls, the Seigneurie Gardens were the biggest tourist attraction on sark. The fertile soil and mile climate is this sheltered oasis meant that many plants that would have been killed by frost and rain on the mainland thrived here. The character lives in a part less well kept but the house is stunning and reminiscent of an old Guernsey farmhouse.”

You’re missing out if you’re not reading Lara Dearman. She’s from the island originally and evokes it with style and an acute sense of place that only a native could really know. She lives and breathes the island and even though this is a cracking mystery with plenty of island hopping, it’s also a very good guide to the islands themselves.

This is a very well-written mystery with style and atmosphere. A very complex mystery which goes back years and builds and builds to a very intriguing ending. The police duo develop and grow in this novel and you find out more about their personal lives, their working relationship and their reaction to the closed room style of investigating such a small island community.

Early review but I love this book so much I had to shout about it!