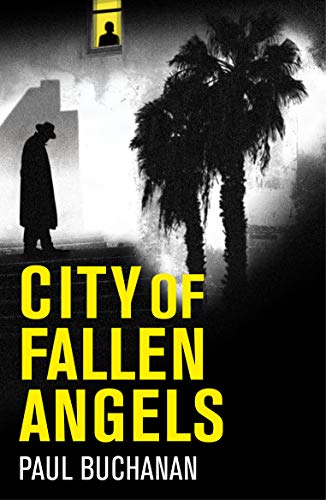 Summer, 1962. A scorching heat wave is suffocating L.A. PI John Keegan is offered a small fortune to find a beautiful woman from a set of photographs. He refuses; the job seems suspicious.

But the next day the same woman, Eve, turns up, unbidden, on his doorstep. Eve fears for her safety. She is being watched. Before Keegan knows it, someone has been killed with Keegan’s own gun, and he gets sucked into a world of suspicion and betrayal where he’s never quite sure where the truth lies. Before long he s the prime suspect in a murder he didn’t commit, and all the evidence seems to point in his direction.

It s almost like someone planned it that way.

The city of Los Angeles is well evoked in this novel with the gritty side of life coming to the fore. Nice residential areas and even an upmarket hotel also get a mention, but what goes on along these street is anything but nice.

The city for the police is a battleground and into that walks PI John Keegan. He has to meet some of the most unsavoury characters who live there in his search for looking for a woman from photographs. This is the city where Hollywood rules and where the beautiful people live. So what chance do you have of finding someone via a photo?

This is a city of guns, violence and lost souls.