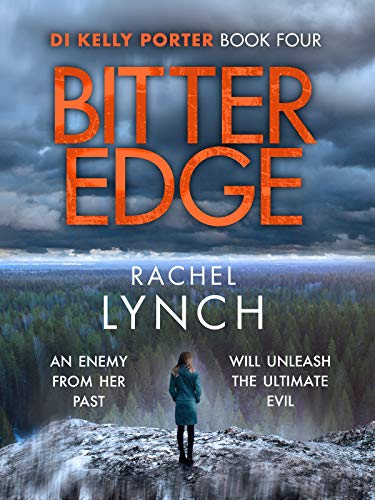 2000s: DI Kelly Porter is back in the Lakes with an old foe

DI Kelly Porter is back, but so is an old foe and this time he won’t back down..
.
When a teenage girl flings herself off a cliff in pursuit of a gruesome death, DI Kelly Porter is left asking why. Ruled a suicide, there’s no official reason for Kelly to chase answers, but as several of her team’s cases converge on the girl’s school, a new, darker story emerges. One which will bring Kelly face-to-face with an old foe determined to take back what is rightfully his – no matter the cost.

Mired in her pursuit of justice for the growing list of victims, Kelly finds security in Johnny, her family and the father she has only just discovered. But just as she draws close to unearthing the dark truth at the heart of her investigation, a single moment on a cold winter’s night shatters the notion that anything in Kelly’s world can ever truly be safe.

For a  novel full of criminal goings on, this is a great guide to the Lakes! Just read the opening paragraph for how it sets the scene:

Across the expanse of Derwent Water, from the top of Walla Crag, Jenna Fraser could easily make out the muffin-like dome of Crag Hill on the left and the pyramid summit of Grisedale Pike to the right. A steamer chugged gracefully in to Hawes End Pier and dropped off a bunch of hardy visitors to the west of the lake. No doubt they’d be off up Cat Bells to take a photograph to post on Facebook, and then back down in time for a pint near some open fire. The steamer barely seemed to move; on; the V-shaped wake behind it gave away its progress. Winter was quiet in the Lakes, and daylight hours short.

Most of the novel is set in and around the charming village of Keswick – well worth a visit booktrailing or not! And what about stopping by to visit DI Kelly herself in Pooley Bridge?

Rachel is an author who carefully and lovingly recreates and evokes the landscape she loves so well. The calmness and serenity of the scenes like the opening one however are soon filled with police activity and bodies. Crime in rural paradise always seems that bit worse.

This series for me just keeps getting better and better. I feel as if Ive known DI Kelly for more than four books as she’s fast becoming a friend! Hope there’s more where this came from. I think it;s the best yet.

There’s something extra creepy about a crime and criminal activity in general if it’s in a place as nice as The Lake District. Somewhere tourists love, and where is well known with walkers and sportspeople etc. When a body is found there, it seems worse somehow. When a teenager is found having apparently committed suicide, there are some dark scenes indeed.

The contract of light and dark is what works so well in this book. DI Kelly is not having it. There’s something more to this suicide she thinks. So, the case begins. things escalate and get a lot worse. All the time I’m standing behind her cheering her on. Not that she needs it, but I will her to get the guilty party. Wonder how she has the time as she has a few problems to deal with at home. Although not the typical cop ‘issues’ which is refreshing in itself.