As The Women Lay Dreaming 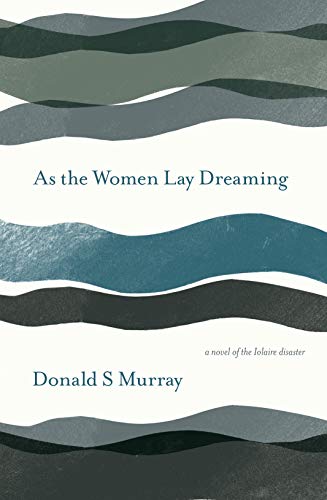 In the small hours of January 1st, 1919, the cruellest twist of fate changed at a stroke the lives of an entire community.

Tormod Morrison was there that terrible night. He was on board HMY Iolaire when it smashed into rocks and sank, killing some 200 servicemen on the very last leg of their long journey home from war. For Tormod a man unlike others, with artistry in his fingertips the disaster would mark him indelibly.

Two decades later, Alasdair and Rachel are sent to the windswept Isle of Lewis to live with Tormod in his traditional blackhouse home, a world away from the Glasgow of their earliest years. Their grandfather is kind, compassionate, but still deeply affected by the remarkable true story of the Iolaire shipwreck by the selfless heroism and desperate tragedy he witnessed.

Iolaire was an Admiralty yacht that sank with great loss of life at the entrance to Stornoway harbour on the Isle of Lewis on 1 January 1919.

This tragic event was one of the worst maritime disasters in United Kingdom waters during the 20th century. The ship actually sank just a few yards from shore but it was due to the appalling weather and the rocks why the vessel sank. At least 201 men out of the 283 people on board perished.

Iolaire was carrying sailors who had fought in the First World War.