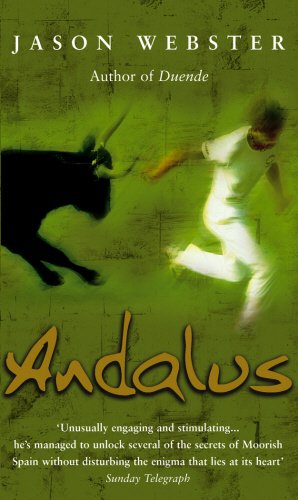 As Islam and the West prepare to clash once again, Jason Webster embarks on a quest to discover Spain’s hidden Moorish legacy and lift the lid on a country once forged by both Muslims and Christians. He meets Zine, a young illegal immigrant from Morocco, a twenty-first century Moor, lured over with the promise of a job but exploited as a slave labourer on a fruit farm. Jason’s life is threatened as he investigates the agricultural gulag, Zine rescues him, and the unlikely pair of writer and desperado take off on a rollercoaster ride through Andalucía. 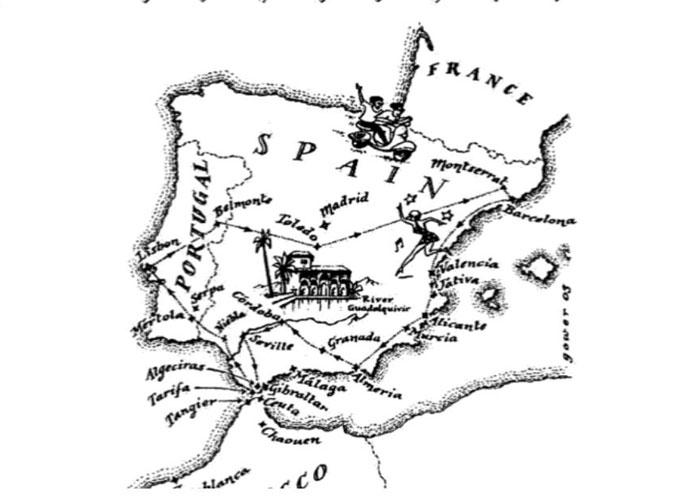 Map of Jason Webster’s journey from the book

This is a travelogue, an adventure, a journey of many threads.

He jumps at the idea of writing about Andalucia:

“I’d seen hundreds of North African immigrants in Spain – the area where I lived in Valencia had one of the highest concentrations in the country. And many, I knew, were here illegally, smuggled over the Strait of Gibraltar in fishing vessels or speed boats, or strapped underneath trucks crossing on the ferry from Ceuta or Tangier. The ancestors of these people had once ruled Spain – Al Andalus as they called it – but today they were as unwelcome as though the Reconquest had never ended.”

The reader travels through Spanish history during the Inquisition, that lasted 300 years. During this time, the Jewish and Moorish cultures were obliterated. This is what we saw with the atrocities of the Nazis . Is this not similar to the current fight against IS, the Islamic State.? There is more to the Moorish influence and culture in this part of Spain than you would ever imagine.