And So it Began 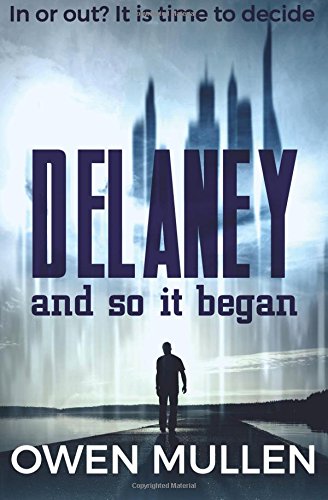 PI Vincent Delaney thought he was done with the NOPD until a string of seemingly unrelated child murders brings an unexpected invitation from the FBI, and his old boss.

A serial killer is roaming the South, preying on children appearing in pageants, and the police want him to go undercover using his own family. Accepting would mean lying to people he loves and maybe even putting them in harm’s way.

In Baton Rouge, a violent criminal has escaped and is seeking revenge for the brother Delaney shot dead. But Delaney isn’t going anywhere. He has unfinished business.

Meanwhile, north of the French Quarter, shopkeepers are being extorted and ask for Delaney’s help. Extortion is a matter for the police.

But what do you do when those responsible are the police? Delaney has his work cut out and he’ll be lucky if he makes it out of this alive…

This is a  view of the city you’re not going to forget in a hurry. This is a PI view of the city, one of regret, deception, guilt and greed. There’s also plenty more living here by the name of corruption, organised crime and revenge.

This is largely a character driven novel but the city does come through loud and clear from the French quarter where the shopkeepers are being hassled to the city of Baton Rouge, the state capital where some of the pageants are taking place.

PI Vincent Delaney with a dog named Lowell – very realistic so if you go to New Orleans you expect to meet them!

BookTrail Boarding Pass: And So It Began