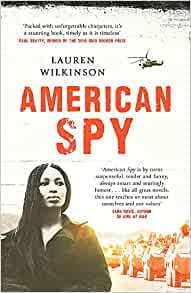 1986: Based on true events, a black woman works at the heart of the FBI and this is no place for a lady of any skin colour..

It’s 1986, the heart of the Cold War. Marie Mitchell is an intelligence officer with the FBI. She’s brilliant and talented, but she’s also a black woman working in an all-white boys’ club, and her career has stalled with routine paperwork – until she’s recruited to a shadowy task force aimed at undermining Thomas Sankara, the charismatic, revolutionary president of Burkina Faso, whose Communist ideology has made him a target for American intervention.

In the year that follows, Marie will observe Thomas, seduce him, and ultimately, have a hand in the coup that will bring him down. But doing so will change everything she believes about what it means to be a spy, a lover, and a good American.

Travel to West Africa during the Cold War

“Son, after I’m gone I want you to keep up the good fight. I never told you, but our life is a war and I have been a traitor all my born days, a spy in the enemy’s country ever since I give up my gun back in the Reconstruction. Live with your head in the lion’s mouth. I want you to overcome ’em with yeses, undermine ’em with grins, agree ’em to death and destruction, let ’em swoller you till they vomit or bust wide open.”

“These men who’d been chosen to defend American interests abroad were so dysfunctional that it threw the whole undertaking into question. They were so fallible, they were agents of a bloated, broken bureaucracy,”