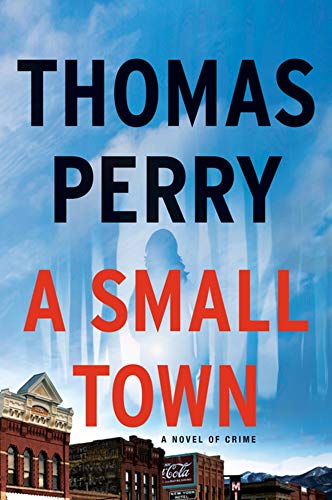 In A Small Town, twelve conspirators meticulously plan to throw open all the gates to the prison that contains them, so that more than a thousand convicts may escape and pour into the nearby small town. The newly freed prisoners rape, murder, and destroy the town–burning down homes and businesses. An immense search ensues, but the twelve who plotted it all get away.

After two years, all efforts by the local and federal police agencies have been in vain. The mayor and city attorney meet, and Leah Hawkins, a six-foot, two-inch former star basketball player and resident good cop, is placed on sabbatical so that she can tour the country learning advanced police procedures. The sabbatical is merely a ruse, however, as her real job is to track the infamous twelve. And kill them.

Leah’s mission takes her across the country, from Florida to New York, from California to an anti-government settlement deep in the Ozarks. Soon, the surviving fugitives realize what she is up to, and a race to kill or be killed ensues. Full of exhilarating twists and surprisingly resonant, A Small Town will sweep readers along on Leah’s quest for vengeance

Travel Booktrail style from Colorado, Florida, NY and the Ozarks

The setting of the town where the prison is located is fictional but there is a town in Oregon of the same name.

The fictional version is one that has grown up around the prison and is now known because of it. Before it was built, it was known for its cattle and lack of jobs. People had to commute to Denver or Colorado Springs to find work.

The prison comes to dominate the town in more ways than one. When the  prisoners escape all hell breaks loose and the men rape, kill and steal their way through it.

The city and its people are destroyed and it’s a spiral of destruction that is taking place here.

Many places in Florida and the freeways are the main setting as Leah drives from one place to the next. Mainly Naples as this is where one of the prisoners is from and where his family still live. Sitting on the ocean, this is a nice place!

New York State and the Ozarks

Not so much the city of New York but the towns of Buffalo and Bentonville where the HQ of Walmart is located.The scenery here is particularly beautiful but the happenings in the cities, less so. The investigation takes Leah to several towns and valleys.

The Ozarks, also called the Ozark Mountains or Ozark Plateau, is a region in the U.S. states of Missouri, Arkansas, Oklahoma, and extreme southeastern Kansas