A Sense of Direction: Pilgrimage for the Restless and the Hopeful 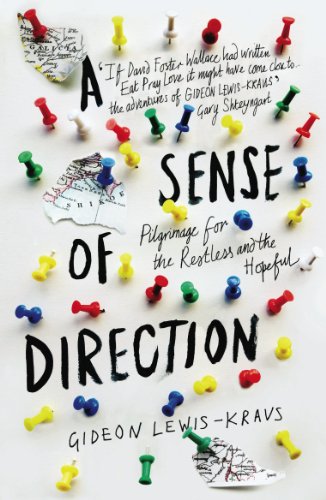 This is a book you can take with you to recreate the author’s direct experiences or indeed read from your armchair and walk the route with him from a distance.

A young secular writer’s  sets out on a journey along ancient religious pilgrimage routes in Spain, Japan and Ukraine. Shocked at his father, a gay rabbi coming out in middle age, plus other things going on in his life, he wants and needs time to think and try to sort through his life at the same time.

He undertakes three separate pilgrimages, travelling hundreds of miles: goes on the thousand-year old Camino de Santiago in Spain with a friend,travels around eighty-eight Buddhist temples on the Japanese island of Shikoku on his own and, and finally, with his father and brother, visits the tomb of a famous Hassidic mystic in the Ukraine.

The major etiquette point on route is the phrase ‘Buen Camino’. It’s a salutation and a valediction, but its most important role is in establishing boundaries. We get buen camino’d with some frequency

The Santiago de Camino is a very famous religious pilgrimage of tracing the route of an old roman road in Spain. This is perhaps the most traditional of the writer’s pilgrimages – he is accompanied by a friend and meets many people along the way.

One character in the book even booktrails! – Tom’s been rereading Homage to Catalonia and he finds the archaism appealing, but the medic insists that it will only result in infection.

The trip around 88 temples sees the author visiting a world that not many of us have or will have the pleasure of visiting. Temple 12 – Shozanji was a particularly nice travel anecdote. This is the place to start – tourismshikoku.org

This is a journey done for the celebration of Rosh Hashanah – the Jewish New Year, where he is accompanied by his father and brother on the Kiev Odessa route –

It is a story about Jewish persecution and is not a story we knew much about. The Jews take this trip in order to celebrate Rosh Hashanah at the grave of Rav Nachman of Breslov, the founding of the Breslov Hasidic movement of the Jewish faith.