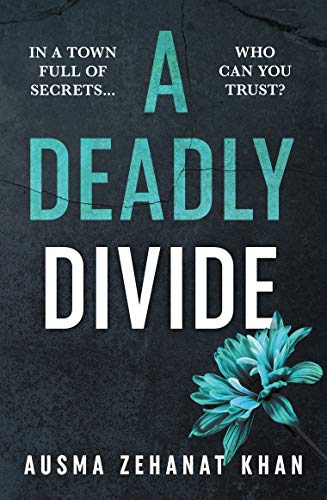 In the aftermath of a mass shooting in a mosque, small town tensions run high. Clashes between the Muslim community and a local faction of radical white nationalists are escalating, but who would have motive and opportunity to commit such a devastating act of violence?

Detectives Esa Khattak and Rachel Getty from Canada’s Community Policing Unit are assigned to this high-profile case and tasked to ensure the extremely volatile situation doesn’t worsen. But when leaked CCTV footage exposes a shocking piece of evidence, both sides of the divide are enraged.

As Khattak and Getty work through a mounting list of suspects, they realise there’s far more going on in this small town than anyone first thought…

Explore the Quebec via A Deadly Divide BookTrail style

On January 29, 2017, a young man by the name of Alexandre Bissonette, opened fire after evening prayers inside a mosque in the Sainte-Foy neighbourhood of Quebec City in Quebec. He killed six people and injured nineteen more. He was later charged with six counts of first degree murder, an would eventually plead guilty on all counts.

This is the premise and inspiration for the book and the author’s wish to explore the themes of radicalisation.

Sadly, we hear stories like this more and more in the news around the world.

A gripping installment to the series set in Toronto, Canada. This time, things get a bit more remote as we head up to Quebec and a small town of Saint-Isidore-du-Lac. The author has clearly taken a subject she feels passionate about and done some serious research. She took an event that actually happened and has turned this into a case for her police detectives the Muslim Esa Khattak and the Jewish Rachel Getty to investigate.

The novel has a different feel in that they leave Toronto and move to a small Quebec town and this adds more intrigue in a way. Such a quiet place but now the spotlight of terrorism is firmly on them. That’s sad.